The Malaysia national oil company (NOC) Petronas has sent the invitation to bid (ITB) to the pre-qualified engineering companies for the Package 8 of the Refinery And Petrochemicals Integrated Development (RAPID) project despite the one year delay announced earlier.

With an estimated $20 billion capital expenditure, the RAPID project is the largest ever Petronas project downstream. 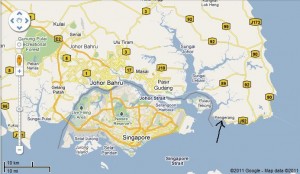 This RAPID project is strategic for Malaysia as it will increase the local added value from the production of hydrocarbons and it will reduce the import of corresponding petrochemical products to supply its transformation industry.

This RAPID Refinery and integrated petrochemical complex should include 28 major production units in beginning with 300,000 b/d refinery.

To be located in Pengerang, Johor, in front of Singapore, this refinery should produce:

With this  naphtha, the RAPID Refinery will feed the 3 million t/y steam cracker.

Then the RAPID Petrochemical complex will produce series of monomers and polymers such as: 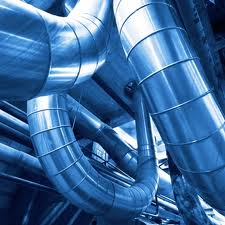 Then to support the project Petronas signed several technology agreements with number of companies including: 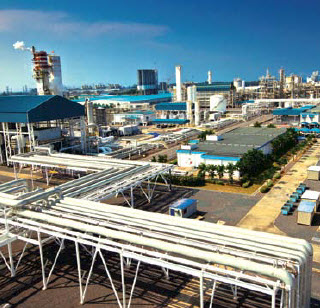 – Versalis for the production of synthetic rubber

After signing these technology agreements with CB&I, Evonik, Itochu, Jacobs and Versalis, Petronas is moving toward the engineering, procurement, construction and commissioning (EPCC) contracts.

Regarding the RAPID Package 8, the EPCC contract should include the:

This cumene unit is to produce phenol from benzene and propylene.

This phenol is one of the most common building blocks of the petrochemical industry for polyamides – nylons, polycarbonates and phenolic resins.

In parallel to the Rapid Refinery and Petrochemical complex, Petronas is planning in Pengerang a:

Petronas awarded the EPCC contract for the Pengerang LNG Terminal project to the local Dialog Group.

Regarding the gas-fired power plant, the consortium made of Alstom from France, Sumitomo from Japan and the local Mudajaya Group were pre-qualified and submitted on offer.

From engineering and licenses perspective, the Petronas RAPID integrated Refinery and Petrochemical complex is progressing according to plans with a start up planned in 2016.

While Petronas is planning to take the final investment decision (FID) in March 2014, the RAPID Petrochemical Complex may face one year delay to 2017 because of the local infrastructures taking more time than expected to be accommodated to receive such large project.