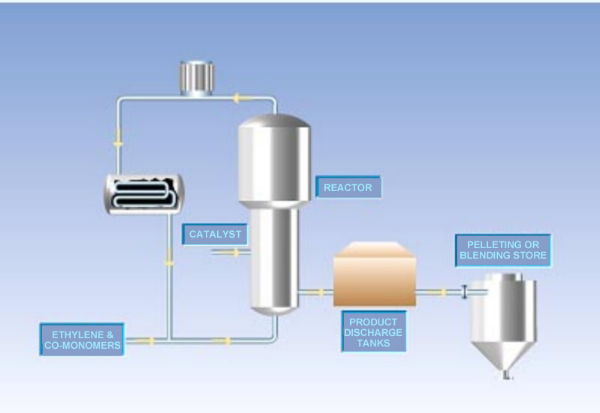 A molecule of polyethylene is nothing more than a long chain of carbon atoms, with two hydrogen atoms attached to each carbon atom.

Polyethylene is produced from the polymerization of ethylene as monomer.

Polyethylene may have different grade of density with different melting point temperatures from 120°C to 137°C.

There are three common polymerization processes used to produce polyethylene:

Polyethylene is probably the most common polymer used in daily life. 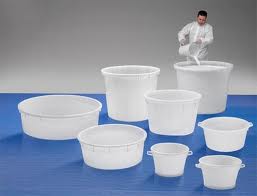 This is the polymer that makes grocery bags, shampoo bottles, children’s toys, and even bullet proof vests.

For such a versatile material, it has a very simple structure, the simplest of all commercial polymers.

When there is no branching, it is called linear polyethylene, or HDPE.

Most LDPE, MDPE and HDPE grades have excellent chemical resistance, meaning that it is not attacked by strong acids or strong bases.

It is also resistant to gentle oxidants and reducing agents.

Polyethylene burns slowly with a blue flame having a yellow tip and gives off an odour of paraffin.