Derived from petroleum, Benzene is used in or to manufacture a wide variety of petrochemical products.

Benzene evaporates into the air very quickly and dissolves slightly in water.

Benzene may also be called benzine or benzol. 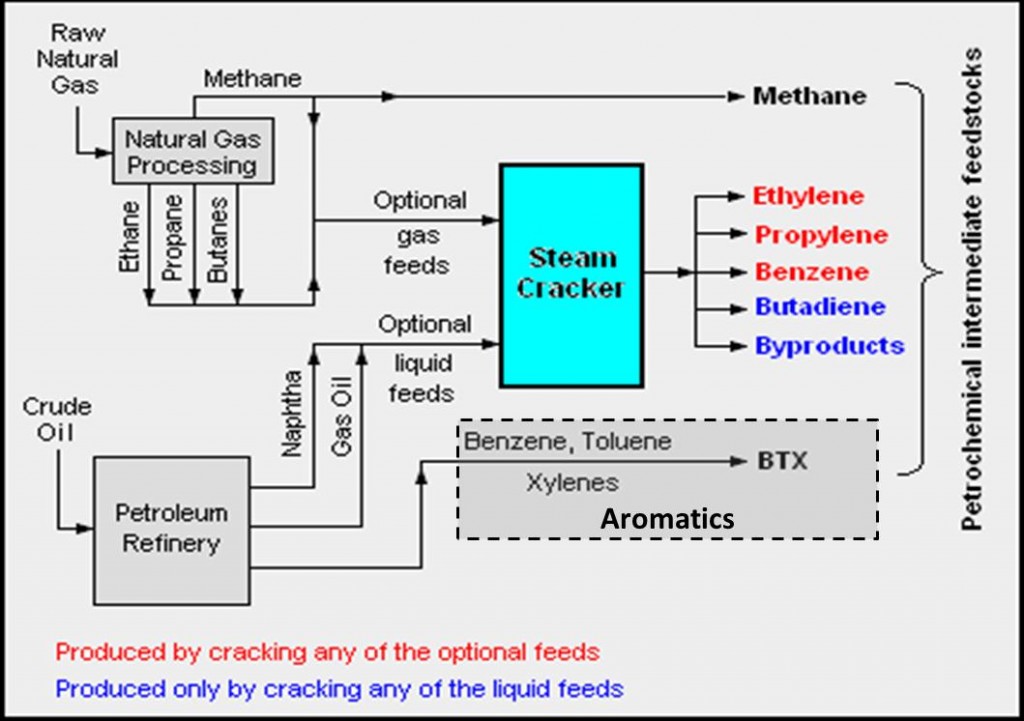 Because of its famous chemical structure C6H6 in ring, Benzene is considered as the simplest aromatic compound.

This core C6H6 ring also called benzene ring is the common denominator of the aromatic.

The benzene ring is an hexagonal arrangement of six carbon atoms

Each atom bonded to its adjacent atoms by a single covalent bond, and by an unusual ring bond of electrons shared by all six carbon atoms.

In Benzene itself, each carbon atom is also bonded to a hydrogen atom; in derivatives of benzene, one or more of the hydrogen atoms is replaced by other atoms or groups of atoms.

Benzene is widely used as a solvent.

Benzene can be alkylated with ethylene to give ethylbenzene, which can be converted into styrene, producing polystyrene plastics and synthetic rubber.

Hence, these products give us applications in rubbers, paints, panels, toys, telephone parts, adhesives and dyes for fabrics, wood or paper.

If hydrogenated, Benzene produces cyclohexane, which can be oxidized to forms adipic acid, from which is produced the universally applied fabric of nylon and other polyamides.

Natural sources of benzene include volcanoes and forest fires.

Benzene is also a natural part of crude oil, gasoline, and cigarette smoke.

As the ethylene in the olefins, Benzene is a primary building block of the petrochemical industry.