Find out how our energy can create a better world

Petroleo Brasileiro SA (Petrobras) was founded in 1953 and is today the largest corporation in Brazil operating in 27 countries outside of Brazil, highlighting United States and West Coast of Africa.

Petrobras is listed on San Paulo ADR and on NYSE but mostly owned and managed by the Brazil Government as the other national oil companies (NOC) in oil producing countries.

Operating upstream, midstream and downstream, especially after the integration of the chemical national company Braskem, Petrobras is a fully integrated oil and gas company. 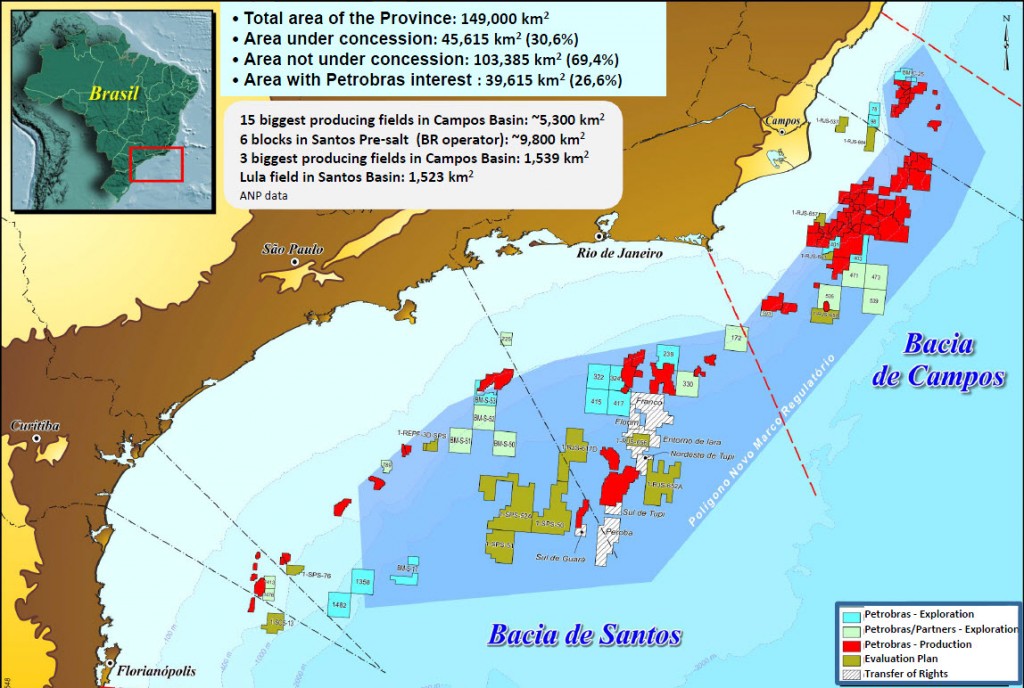 Petrobras currently operates most of Brazil’s producing oil and gas fields and holds a large base of proved reserves.

In 2009, the first development in production of the pre-salt oil redefined to profile Petrobras‘s reserves. 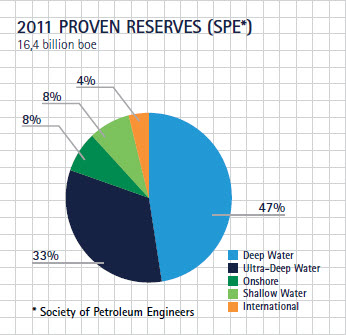 After 43 years of developing Brazil’s offshore basins, Petrobras in cooperation with most of the international oil companies (IOCs) developed special expertise in deep water exploration and production.

Operating mainly in the world’s sixth largest economy, Petrobras holds a dominant position with growing reserves and more than 98% of Brasilian economy capacity.

With local Market Leadership in exploration and production, transportation and distribution, refining and chemical, Petrobras as all the national oil companies intends to take advantage of the integrated upstream–downstream hydrocarbon value chain to develop all the activities in synergies to reduce import and create the conditions of the economical and social development in Brazil.

The post-salt and pre-salt discoveries made offshore by Petrobras represent one third of the worldwide discoveries in the last 5 years making Petrobras the 5th biggest energy company in the world. 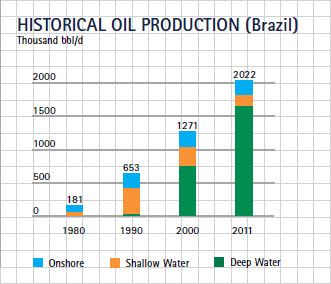 To support its development, Petrobras organized in 2010 the world biggest IPO in raising $70 billion.

Then Petrobras worked out its Business and Management Plan 2012 – 2016 to engage $ 236.5 billion in capital expenditure over that period across 980 projects. 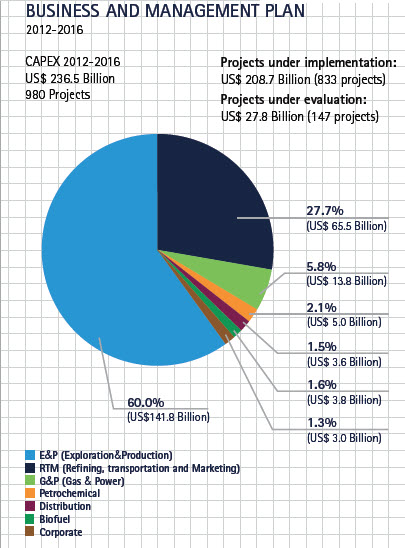 In 2012, 833 of these projects are already in progress, including more than 200 vessels and floating production units.

147 projects are still in evaluation phase.

Because of the gigantic offshore exploration and production program, the upstream will concentrate 60% of the capital expenditure.

With these investments, Petrobras imposed 65% of local content calling to produce equipment and construct infrastructures in Brazil.

This associated gas causes the construction of series of pipelines, 300 kilometer long and 3,000 meter deep to the shore.

Then Petrobras is planning to use this gas as feedstock for power generation, petrochemicals and fertilizers according to its integrated upstream–downstream business model.

In addition floating LNGs are considered to export the natural gas.

Compared with any other company, all the Petrobras projects have another dimension in size and complexity requiring the support of all the most advanced companies of the oil and gas industry.