CPF is the acronym of Central Processing Facility. 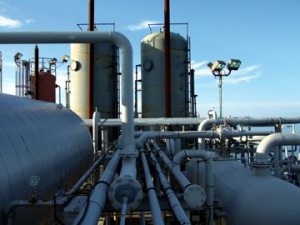 In the industry CPF may refers to any kind of manufacturing process as soon as it belongs to the core of the transformation of the facility.

In the Oil and Gas industry, CPF belongs to the upstream activity to described the production unit performing the first transformation of the crude oil or raw natural gas after the production wells.

In both cases, oil and gas, the crude oil and the raw natural gas extracted from the wells may contain many other materials than the crude oil or natural gas such as expected by the refineries or the gas liquefaction units.

At the head of the production wells, the crude oil is collected with a proportion of the so called associated gas, with water and sand, and with all the types of solvents and additives used to enhance the oil production.

The associated gas itself is a raw natural gas which may also contain, as the non-associated gas, a mix of various gases and liquids such as methane, ethane, propane, condensate and less interesting H2S.

Transporting this mixture of crude oil or raw natural gas as it is from the well pad to a refinery or LNG plant may be challenging onshore or not even possible offshore as they request dedicated transportation processes.

In addition the distances between the well pads and the refineries or gas liquefaction units increase over the years since companies explore always further.

We may also considered that for the last 10 years we have entered in the era of the so called “technological barrel“, not only because of the challenges to extract it from the underground, but also because of the quality of the mixture of the crude oil and raw natural gas deteriorating over the years.

CPF a key ring of the Technological Barrel chain

In this context and in order to avoid to ship crude oil or raw natural gas  loaded by high percentages of impurities across the globe to be separated after transportation, the oil and gas companies have developed the concept of Central Processing Facility or CPF. 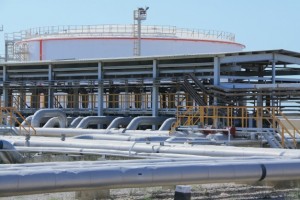 The CPF is going to be installed as closed as possible to the production wells, meaning in a central position of the well pad or offshore platform.

The crude oil or raw natural gas just collected from the wellheads can be directed by the shortest way to the CPF.

If the main production of the field is crude oil, the purpose of the CPF is to separate the oil from the associated gas, the water, the sand and solvents or additives.

The oil will be stored in tanks farm if onshore, or floating storage unit (FSU) if offshore, before being carried out by pipeline or shipped by tanker.

The water may be treated and disposed or re-injected to enhance the production.

The solvents and additives are collected to re-use.

In the past the associated gas was sent to the flare as considered as non valuable compared with the oil and because the environmental constraints were barely considered.

Today the associated gas will be treated, in the same way as raw natural gas coming from non-associated gas, in a dedicated gas central processing facility. 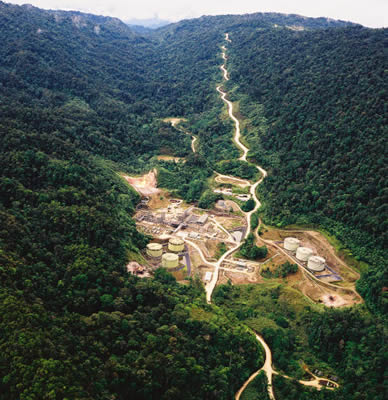 The gas CPF will separate the methane from the other gases, condensate, sulfur, hydrogen, carbon monoxide, CO2, etc…

Each extracted component will be stored in dedicated areas for shipment with also dedicated transportation means.

In some cases the CO2 may be collected for re-injection to enhance production or just to be stored in empty fields available around.

Since the operating companies want to minimize flaring for environmental concern, they investigate all solution to monetize each and every ingredient collected together with the crude oil and raw natural gas.

Therefore all the new fields developed must include at least a gas CPF and with crude oil they will also need an oil CPF.

Most of the companies have also adopted in their good practice to reduce flaring on existing fields, thus to upgrade or revamp the upstream operations in adding new gas CPF or improving the performances of the actual ones.