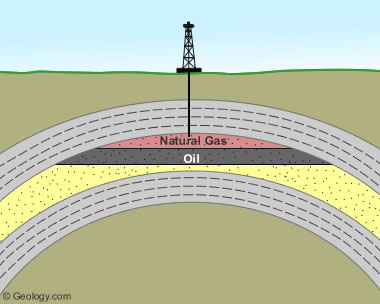 Natural gas in a natural mixture of hydrocarbon gas, mainly methane or ethane plus other hydrocarbon gas and impurities such as sulfides, carbon dioxide and water.

Natural gas is a fossil fuel found in natural underground rock formations and mostly in combination with other hydrocarbon resources such as coal or oil.

Natural gas is often informally referred to simply as gas, especially when compared to other energy sources such as oil or coal. 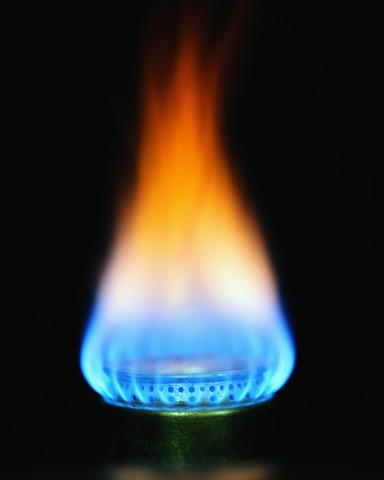 Natural gas is the cleanest burning fossil fuel with the smallest carbon footprint. It produces less carbon emissions and pollutants than either coal or oil. It is abundant, safe, reliable and efficient.

Most natural gas was created over time by two mechanisms: biogenic and thermogenic.

Deeper in the earth, at greater temperature and pressure, thermogenic gas is created from buried organic material.

Before natural gas can be used as a fuel, it must be treated to be cleaned up from impurities including acid gas and water in order to meet the specifications of marketable natural gas.

The by-products of the gas processing include ethane, propane, butane, pentane and higher molecular weight hydrocarbons, hydrogen sulphide (which may be converted into pure sulfur), carbon dioxide, helium and nitrogen.

When natural gas is cooled to -260° F (-160° C), in a process called liquefaction, it produces a colorless, non-toxic and non-corrosive liquid called liquefied natural gas, or LNG.

Since LNG is just a fraction of the volume of natural gas (1/600), it can then be stored and transported safely and more efficiently over long distances.

Once LNG reaches its final destination, it is turned back into a gas and ready to be piped into homes and businesses for use.