Nigeria holds first largest proven reserves of natural gas and the second largest of crude oil in Africa as a result of intensive campaign of exploration on the early 2000s years led by international companies such as Chevron, Eni, ExxonMobil, Shell or Total.

Despite flaring the  major part of its associated gas, especially from the offshore oil production, Nigeria is ranked as the fourth largest exporter of liquefied natural gas (LNG), mostly to Japan and Europe. 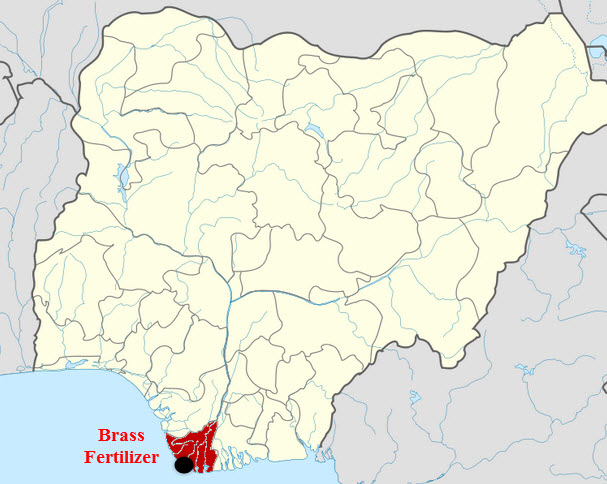 But the new regulation released under the name of Petroleum Industry Bill (PIB) is pushing to stop flaring and to increase again the local content share in the projects.

While Nigeria stands among the most dynamic oil and gas producer and exporter, it imports refined hydrocarbons products for transportation and fertilizers for its agriculture.

Therefore on the last months, privately owned companies such as Dangote emerged in the oil and gas and petrochemical sector to propose downstream projects including new refineries, petrochemical complex, and nitrogen fertilizers.

Well supported by the local authorities, these Nigeria companies intend to monetize the oil and gas resources while creating jobs for the local inhabitants and to reduce trading balance deficit in refined products.

Even though Chevron, ExxonMobil or Shell may sell a part of their assets in Nigeria, local companies like GGOEX and Dangote are preparing major investments in new projects around the Niger Delta.

The local Junior company Gulf of Guinea Oil Exploration Limited (GGOEX) is investigating all opportunities to monetize natural gas in Nigeria through its purposely established subsidiary Gulf of Guinea Methanol Limited (GGML) to develop a world-scale methanol plant in the Niger Delta. At the end of 2012, Nigeria ranked in the first position in Africa and the ninth position globally by the amount of proven reserves of natural gas estimated to 182 trillion cubic feet (tcf).

The Lagos-based Brass Fertilizer Company Limited (BFCL or Brass Fertilizer) is planning to build world-scale gas treatment plant supported by methanol and nitrogen fertilizer facilities on the Brass Island in the State of Bayelsa in Nigeria. With the natural gas prices depressed as a consequence of the US shale gas glut, all the producing countries are investigating solutions to take advantage of the situation in developing competitive downstream industries fitting at best with their domestic market.

Royal Dutch Shell (Shell) and its partnering major companies, ExxonMobil from USA,Total from France and Eni from Italy, are entering the bidding phase on the Bonga South West floating, production, storage and offloading (FPSO) vessel to be moored in the Block 118 offshore Nigeria. Covering the Blocks 118 (previously called 212), 132 and 140 in the Gulf of Guinea, Bonga oil and gas field ranks among the largest fields on the West Coast Africa requiring an exploration and development in phases.

The privately-owned Dangote Group selected the Indian state-owned engineering company Engineers India Ltd (EIL) to provide engineering, procurement and construction management (EPCM) services for the $9 billion refinery and petrochemical complex to be built at Olokola in Nigeria. This EPCM contract comes on the top of the project management consultancy (PMC) contract signed previously for the sale project.