Nitrogen Fertilizer refers to one of the most common categories of fertilizers produced out of nitrogen (N) chemical combinations.

To be considered as an organic fertilizer, the plant nutrient must contain 5% minimum of nitrogen.

Nitrogen is an inert gas representing 78% of the earth atmosphere.

As inert gas in the form we breath it, nitrogen has no impact on the environment.

The chemical transformation of nitrogen into ammonia was discovered in two steps by Fritz Haber in 1918 and Carl Bosch in 1931 for which they were rewarded by a Nobel price.

The organic fertilizer is providing the plants with additional carbon.

This additional carbon activates the microorganisms of the soil to produce more cells.

But the microbial activity calls for the need of nitrogen to generate proteins.

This connection between the carbon and the nitrogen through the microbial activity means that carbon and nitrogen must respect some ratio for optimal efficiency. 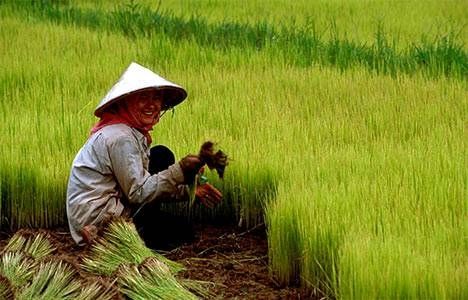 If the fertilizer is rich in nitrogen representing more than twenty times the carbon, it will operate efficiently in the soils.

On the upper side, if the fertilizer contains too much nitrogen than needed by the plant to grow, the excess of nitrogen will be tied up in the microorganisms in the soils to be converted into ammonium and then rejected at rains falls into the soft water drains.

So the use of nitrogen fertilizer may be very efficient to improve crops, but they must be used carefully with the right ratio of carbon over nitrogen in respect with the type of plants to grow and the nature of the soils