To be both a competent explorer and acquirer

Investors established Apache Corporation (Apache) in 1954 with only $250,000 capital to become an international oil and gas company listed in NYSE (APA)

Today, Apache has taken the world market leadership of the independent oil and gas companies.exploration and production companiese

In line with its corporate statement to be both a competent explorer and acquirer, Apache focuses in two dimensions:

Despite this geographical concentration, Apache manages the risks in balancing its portfolio of assets between the countries, the geologic play and the commodities. 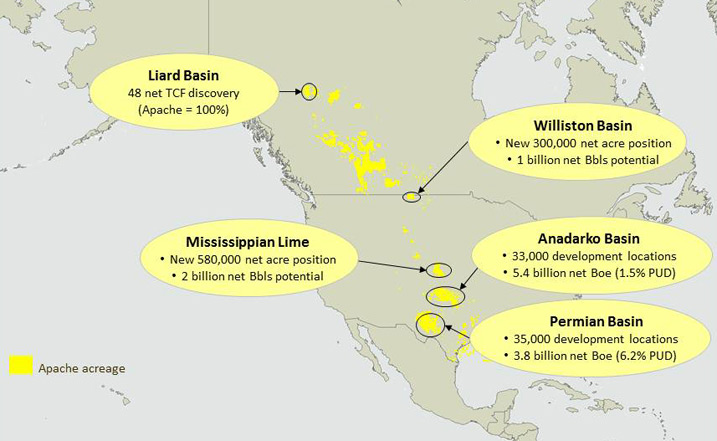 Apache‘s production reported in barrel of oil equivalent (boe) is shared between:

In addition 50% of the NGL production is indexed on crude oil prices and 18% of the natural gas volume is tied to international basket of prices.

From the six countries where Apache undertakes exploration and production, none of them represents more than 20% of the total company’s revenues.

In addition in these countries Apache combines the production of conventional and unconventional oil and gas to reduce its reliance on a single commodity.

In these countries, Apache invests wisely by exploration or acquisition to shift capital where it optimizes its assets yield management.

Since the 1990s, Apache’s strategy is to acquire and exploit properties in line with decades of exploitation expertise.

About 50% of the 5.439 Apache’s employees are located in USA, then in Canada, UK, Argentina, Egypt and Australia. 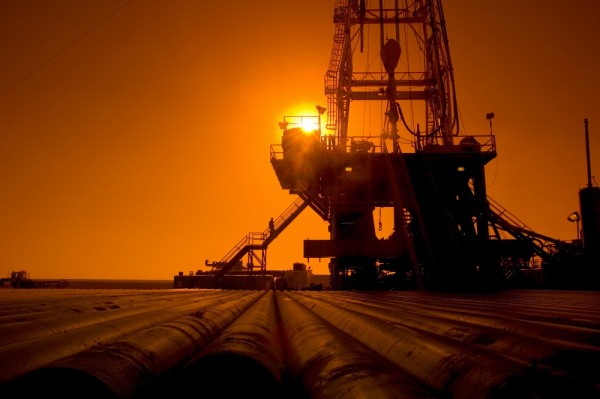 Today Apache’s market leadership remains concentrated on its talent to “acquire and exploit”.

Apache intends to continues to create value through more efficient operations to increase the recoverable reserves from the acquired properties.

Using all the techniques of enhanced oil recovery (EOR), Apache is investing in brownfield projects to: 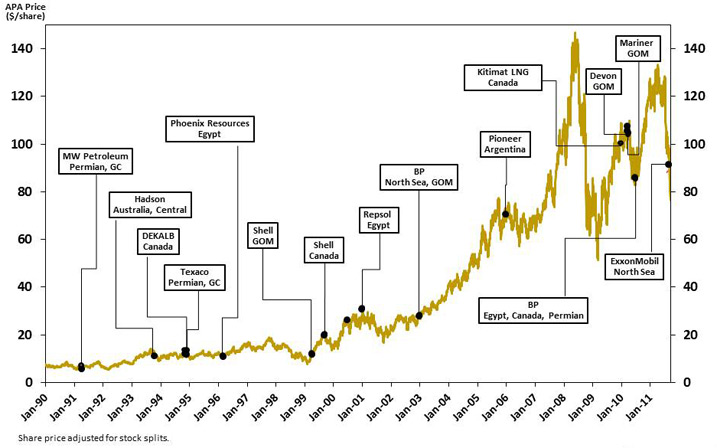 Apache is all mobilized to “beat the curve”, meaning to stop or prevent the depletion curve as it was at the acquisition phase.

In that perspective Apache will expand its drilling operations in the:

– Liard Basin in northern British Columbia, Canada, one of the most prolific shale gas plays in North America.

– Bakken play in the western Williston Basin of Montana, USA

– Mississippian play in Kansas and Nebraska.

Some of them performed in the Liard Basin have already revealed enough reserves to justify to double the Kitimat LNG project, still at feasibility study.

Overseas, the development of the Julimar and Brunello natural gas fields, offshore Western Australia illustrates how Apache is able to develop assets at minimum capital expenditure in connecting these fields to the neighboring Chevron Wheatstone LNG project and taking 13% shares of the whole project.