Conventional oil and gas refers to petroleum, or crude oil, and raw natural gas extracted from the ground by conventional means and methods. 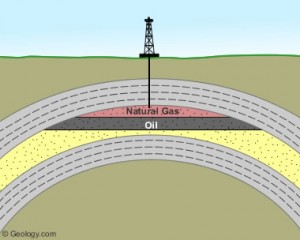 In practice conventional oil and gas, or the term of conventional resources, applies to oil and gas which can be extracted, after the drilling operations, just by the natural pressure of the wells and pumping or compression operations.

After the depletion of maturing fields, the natural pressure of the wells may be too low to produce significant quantities of oil and gas.

Different techniques may be used to boost production, mainly water and gas injection or depletion compression, but these oil and gas fields will still be  conventional resources.

Beyond the use of classical methods on enhanced oil recovery or artificial lift, the oil and gas will be classified as unconventional.

Conventional and unconventional oil and gas come from the same original geologic formations where sediments accumulated in multiple layers in sediment basins all over the world.

Some of these shale were mixed up with organic particles giving a black color to the shale, thus called black shale.

Under the effect of the pressure in the ground and the temperature, the organic matter contained in the mud has been transformed into oil and gas.

Then because of their fluidity and difference of density, the oil and gas migrated out of the shale upwards through the other layers of accumulated sediments. 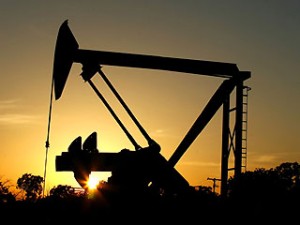 These migrating oil and gas were then stopped and captured in the porosity of overlying rock layers, such as sandstone, thus forming oil and gas reservoirs by accumulation.

As long as the oil and gas can flow easily across this porosity, the reservoir and it associated oil and gas will be considered as conventional.

Depending on the sediment layers that the oil and gas came across during its migration before being trapped in the reservoir, this oil and gas may contain different condensate and components such as sulfur and acids.

This migration also explain why each reservoir is different and may require different processes for exploration and production.

The recovery rate may also be very different from one reservoir to another even though they should be conventional.

Each reservoir will be measured in respect with it proven resources and recoverable resources.

7 thoughts on “Conventional oil and gas”