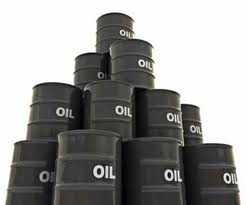 BOE is the acronym of Barrel of Oil Equivalent – a unit of energy based on the approximate energy released by burning one barrel of Crude oil.

One Barrel contains 42 US gallons or 158.9873 litres of light crude oil which will produce 5.8 × 106 British Thermal Units (million BTU or mBTU) according to the US Internal Revenue Service.

This figure in an average value since oil has different grades which may provide slightly different heating values.

The use of the BOE has significantly increased on the last 10 years for two main reasons:

– The development of the heavy crude oil

The Exploration and Production of heavy crude oil and the so called extra or ultra heavy crude oil, has increased continuously these last ten years with large projects in Venezuela, Canada, Oman or China.

Today more than 50% of the crude oil trading is made of heavy crude oil which has partly caused all the revamping and upgrading programs of the refineries in the world to accept it.

This heavy crude oil has a  potential heating value much lower than the light crude oil taken as a reference, so the BOE is used to compare and trade all crude oils on the same base in respect with their grade.

Regarding the use of the BOE for gas consolidation with oil, this more recent, about five years old.

Until then the financial performances of the IOCs  listed in the different stock exchange markets where measured mainly in respect with their number of barrels produced per day and per year.

In addition at that time the gas market prices were very low and could not be used as a financial performances indicator for these companies.

But the depletion of the old oil fields and the difficulties for the IOCs to acquire majority stakes in new oil fields has cause the Majors to publish year after year declining figures regarding this number of oil barrel produced.

So the share of gas production has continuously increased in the portfolio of the IOCs, so much as today, Shell is making more revenues out of gas than out of oil.

Therefore these IOCs such as ExxonMobil, Chevron, ConocoPhillips, BP, Shell, Total,ENI, etc…, needed to adopt another production performances indicator easy to capture for the financial community and decided to publish their results in BOE to facilitate consolidation between oil and gas and comparison in production year to year.