According to the agreement, SIBUR and Solvay Novecare will create a 50/50 joint venture called RusPAV.

The joint venture RusPAV should be established in Dzerzhinsk in the Nizhny Novgorod Region, Russia.

SIBUR is the largest petrochemical company in Russia, CIS, Central and Eastern Europe.

Established in 1992 by the agglomeration of multiple gas processing plants and petrochemical production units around Russia, SIBUR was positioned on its actual core businesses in 2011 when taken over by new shareholders led by Leonid Mikhelson, СЕО and founder of NOVATEK.

Creating value from the abundant associated gas released by the major Russian oil and gas companies, such as Rosneft, Lukoil, TNK-BP, SIBUR is the largest producer in Russia of basic chemicals, polymers, plastics, intermediates, and synthetic rubber.

The other partner of the joint venture, Solvay is home-based in Brussels, Belgium, with global activities in 55 countries to supply chemical performance products to the consumer goods, automotive, energy, water, electronic industries. 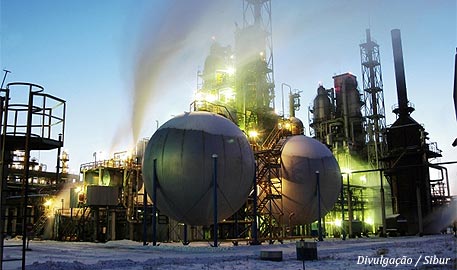 Within Solvay, Novecare is one of the largest business unit focusing on high performance chemical products for cosmetics, detergents, coatings, agrochemicals, and oil and gas applications.

These last years chemical products such as the surfactants became critical ingredients of the solutions used in oil and gas drilling operations.

Among others, soda ash is one of the preferred alkaline surfactant polymers (ASP) injected in the well for enhanced oil recovery (EOR) techniques. 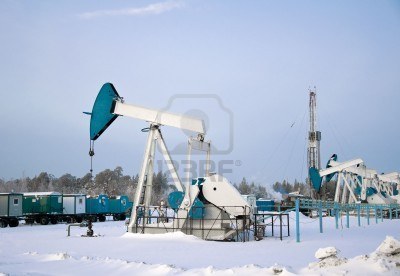 In parallel calcium chloride may be added because of its thermal stability to consolidate the wall stability and ease the oil and gas extraction.

In the reservoir, the injection of ammonium bifluoride soften the silica rocks to increase the recovery rate from the in-place reserves.

In general the inorganic peroxides are soluble in the water and stable at high temperature, they can be activated at any time of the drilling operations by the injection of acid to help the production.

All these applications are critical for all countries such as Russia having ambitious oil and gas exploration and production program to prevent depleting fields, enhance oil recovery from maturing fields, and increase the percentage of recoverable reserves from the new discoveries.

In this context, Russia and CIS market for surfactants are estimated to grow by 6% per year.

Considering that Russia is the largest producer of crude oil, ahead of Saudi Arabia, this market represents a major opportunity for SIBUR and Solvay.

In the RusPAV joint venture, Solvay Novecare will bring its advanced know-how to optimize the development, production and the offering of these surfactants ingredients for the Russia and CIS market.

SIBUR will provide the joint venture with its competitive advantage on the sourcing of the chemical building blocks, its production facilities, its partnershsip with Russian oil and gas companies.

According to the term of the agreement, the RusPAV joint venture will establish the production facilities close to existing SIBUR petrochemical complex in Dzerzhinsk,  400km east of Moscow, Russia.

SIBUR and Solvay expect the RusPAV joint venture in surfactants to be turned on commercial operations by 2015.