The Malaysia national oil company (NOC) Petronas is qualifying the engineering companies and contractors to be invited to bid (ITB) for a second platform to be installed on the Block SK 316 to develop the Kasawari gas field offshore the Sarawak Province in Malaysia.

Since 2011, Petronas accumulated discoveries in the natural gas and condensate prolific Block SK 316.

Located 180 kilometers north of Bintulu in the Sarawak province by 100 meters of shallow water depth in the South China Sea, the Block SK 316 belongs to the Central Luconia Province as part of the Sarawak Basin. 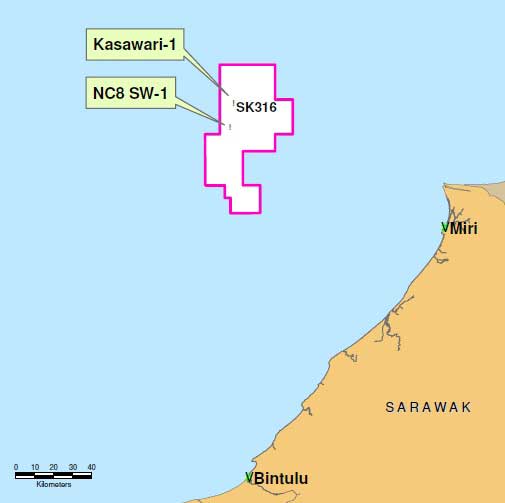 The exploration in the Block SK 316 started with the NC3 and the NC8SW-1 discovery wells, then with the Kasawari-1 successful drilling estimated respectively to 2.6 trillion cubic feet (tcf), 450 billion cubic feet (bcf) and 5 tcf reserves of gas.

With 5 tcf in-place reserves out of which Petronas expects to recover 3 tcf as 2P reserves, Kasawari pops up among the largest discoveries of non-associated gas in Malaysia contributing for 4% of the current natural gas reserves of 14.8 million barrels of oil equivalent (boe) in the country .

Because of the structure of the different fields, Petronas is planning to develop the Block SK 316 in phases.

In September 2013, Petronas awarded the Kasawari phase-1 project to the consortium made of the French engineering company Technip, together with the local contractor Malaysia Marine and Heavy Engineering Sdn (MMHE)  and is now working on the qualification of the bidders for the Kasawari Phase-2.

Previously Technip had carried out the conceptual study for the development of Kasawari.

In order to synchronize the offshore part of the Ninth Bintulu LNG Train project to secure the natural gas supply, Petronas has decided to proceed by competitive front end engineering and design (FEED) for the Kasawari Phase-2 project.

In practice the competitive FEED means that the winner of the FEED contract should be awarded the EPC contract in following since he proposed the lowest price based on its own FEED costs estimate. 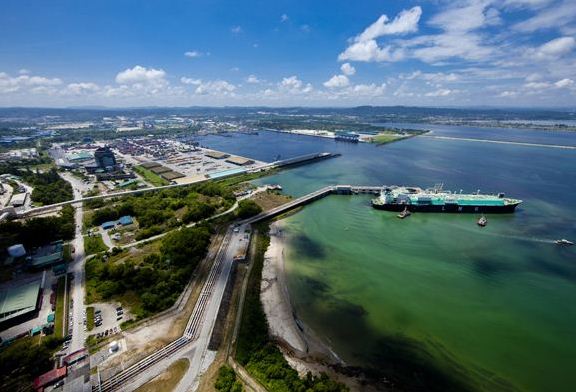 From Technip conceptual study, this Kasawari phase-2 project should include:

As Petronas is willing to develop Kasawari phase-2 on fast track, it should make a decision for the competitive FEED on the second quarter 2014 in order to start construction in 2015 with first production  expected in 2017.