In the United Arab Emirates, 2012 is some kind of a transition year with the development of midstream projects in Fujairah and the bid preparation of large projects upstream and downstream.

With the completion of Habshan – Fujairah export pipeline, Abu Dhabi Company for Onshore Oil Operations (Adco) will be able to roughly half its total production directly on the Gulf of Oman to shunt the Strait of Hormuz.

This pipeline opens the way to a wave of capital expenditure in new projects to build giant storage capacities in Fujairah and a $3 billion refinery.

Abu Dhabi is planning to increase crude oil production from the actual 2.8 million b/d to 3.5 million b/d in 2018 and therefore needs to find to routes to secure its export.

The UAE are running short of gas, as many countries in the Gulf and is prepared to import it through the Fujairah terminal if necessary. 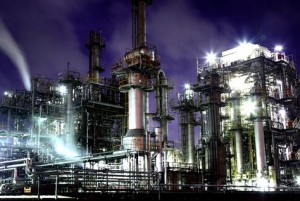 In the meantime, ADNOC is investigating all ways to gathering flared gas and boost actual production such as in Bab field.

In cooperating with new comers such as Statoil, OMV and Wintershall, ADNOC is sending the signal to its actual partners BP, ExxonMobil, Partex, Shell, Total, that the selection of the international companies to be invited to bid on the renewal of the concessions in 2014 for the onshore fields and in 2018 for the offshore licenses will be decided in respect with the new technologies to be developed in the UAE.

In addition to maintain the gas production, ADNOC is targeting to improve its recovery rate from the actual fields in operations.

Through all these investments, the UAE and Abu Dhabi especially, will continue to invest in the coming years to secure their market share on the crude oil global market and to reduce their reliance on crude oil price in developing an integrated upstream–downstream business model to benefit from the whole hydrocarbon value chain. 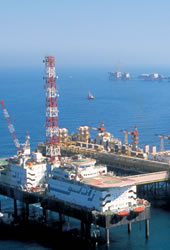 With the Ruwais Carbon black and delayed coker (CBDC) facilities, Abu Dhabi Refining Company (Takreer) awarded the only giant project in the UAE during the first half 2012.

This downstream project came after a long period without major capital expenditure in the UAE since the Borealis and Abu Dhabi Polymers Company $3 billion Borouge expansion in 2010.

– In June 2012, the Engineering, procurement and construction (EPC) contract for the Ruwais refinery carbon black and delayed coker toSamsung Engineering from South Korea for $2.47 billion 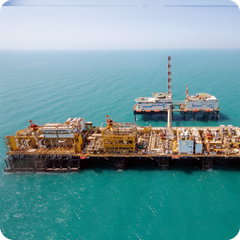 ZADCO stands as the Zakum Development Company (ZADCO), a joint venture created in 1977 which currently is shared between:

With the onshore concessions expiring in 2014 and the offshore ones coming up in2018, Abu Dhabi, in the UAE,  is to rewrite the terms of its producing fields and offer up fresh prospects.

The first oil concessions covering all the Abu Dhabi territory were awarded in 1939 to the Trucial Coast Development Company in which the majors BP, ExxonMobil, Shell and Total were part of.

The Strait of Hormuz is channelizing35% of the global oil maritime traffic.

In a context of increasing tension with the neighboring Iran, Fujairah in the UAE is developing one of the biggest oil storage

International Petroleum Investment Company (IPIC) is moving ahead with the crude oil refinery project to be located at Fujairah, UAE.

3 thoughts on “One Day – One Country: UAE (United Arab Emirates)”