New players to bid against BP, ExxonMobil, Shell and Total

With the onshore concessions expiring in 2014 and the offshore ones coming up in 2018, Abu Dhabi, in the UAE,  is to rewrite the terms of its producing fields and offer up fresh prospects.

The first oil concessions covering all the Abu Dhabi territory were awarded in 1939 to the Trucial Coast Development Company in which the majors BP, ExxonMobil, Shell and Total were part of.

In 1978, the Abu Dhabi Company for Onshore Oil Operations (ADCO) was established by Abu Dhabi National Oil Company (ADNOC) to explore, develop and operate the onshore oil and gas fields of the Abu Dhabi Emirate. 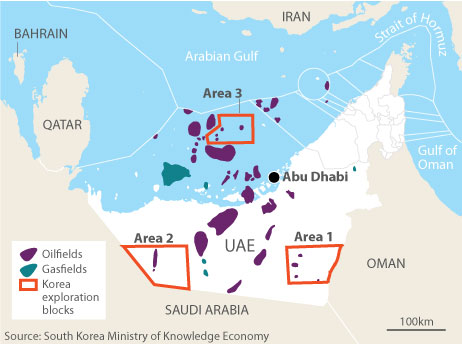 Today ADCO results as a joint venture where working interests are shared between:

Today Abu Dhabi produces 60% of the oil in UAE output.

ADCO’s concessions expire in 2014, therefore the Abu Dhabi Government is now kicking off the process to reevaluate the conditions of these concessions and the potential bidders.

Most likely the future concessions will see reduced duration from the actual 65 years.

In opposite way potential bidders have called for the terms of the ADCO’s concession to be improved from the current $1 per barrel payment in any renewal, greeted the news of a tender neutrally.

For Abu Dhabi, selecting the right partners is critical for some good reasons: 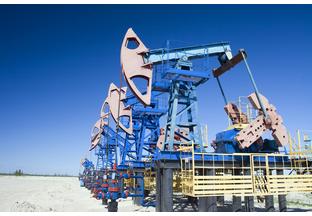 – Abu Dhabi wants increase its production capacity from 2.8 million to 3.5 million b/d in order to maintain its allocated quotas within OPEC by 2107.

– Most of the fields are mature, meaning to call for upstream technology and intensive capital expenditure

The maturity of the fields and the additional requirements for production enhancement may justify to revise up the actual $1 per barrel fees for the foreign companies.

In this context, the potential bidders are expected to provide financial support, technology expertise and proven large project management experience.

From the previous partners, ExxonMobil, Shell and Total have received an invitation for the pre-qualification process, while discussions are still going on with BP.

ADNOC sent also invitation letters to the other majors Occidental Petroleum from USA and to Statoil from Norway.

Then early this year during a visit to the region by Wen Jiabao, the Chinese premier, ADNOC and its Chinese counterpart, China National Petroleum Corporation (PetroChina), agreed to collaborate on undeveloped upstream projects and oil storage.

In June 2012 ADNOC selected OMV from Austria and Wintershall from Germany to appraise Shuwaihat sour gas and condensate field. 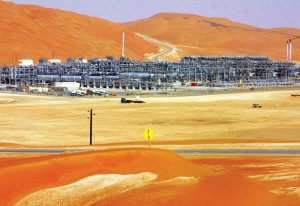 It happens that IPIC, the Abu Dhabi sovereign wealth investment found, is a shareholder of OMV since 1994.

This month OMV also took 10% interest in the giant Statoil Aastan Hansteen project in Norway meaning that some of the potential new comers in the new concessions round have managed already to establish close relationships with Abu Dhabi partners.

Asian National Oil Companies (NOCs) are also expected to be invited to the pre-qualification process since most of these countries are among the most important customers of Abu Dhabi.

Japan agreed to lend $3bn to Abu Dhabi last year in anticipation of new contracts and a renewal of existing ones.

With Exxon, Shell, and Total sponsoring actually all kinds of local events in the Abu Dhabi Emirate, the majors in place do not under estimate the competition and prepare for a fierce bidding process in perspective of the onshore concessions renewal due on January 2014.