With the Ruwais Carbon black and delayed coker (CBDC) facilities, Abu Dhabi Refining Company (Takreer) awarded the only giant project in the UAE during the first half 2012. 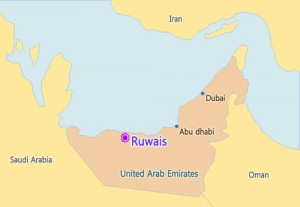 This downstream project came after a long period without major capital expenditure in the UAE since the Borealis and Abu Dhabi Polymers Company $3 billion Borouge expansion in 2010.

– In June 2012, the Engineering, procurement and construction (EPC) contract for the Ruwais refinery carbon black and delayed coker to Samsung Engineering from South Korea for $2.47 billion

These contracts are following the previous ones signed by Takreer with:

– Bechtel for the Front end engineering and design (FEED)

– WorleyParsons for the PMC of the FEED

According to its PMC contract, Jacobs will supervise the good execution of the Ruwais Carbon black and delayed coker designed with a capacity of:

With the EPC contract signed with Samsung and the PMC contract closed with Jacobs, Takreer expects the Ruwais carbon black and delayed coker refinery to be completed at the end of 2015.

$8 billion EPC to be contracted on second half 2012 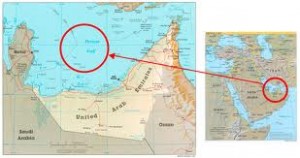 These oil and gas projects developments were driven by ADNOC to meet is allocated production quotas agreed within OPEC for 2017 in order to guaranty to the GCC countries to produce at least 40% of the global production by then.

The percentage of 40% has been defined by the GCC countries as the strategic level to maintain its Market Leadership on the barrel prices, thus to preserve their local economical growth.

In this context ADNOC is planning to increase its production from the current 1.1 million b/d to 1.75 million b/d representing a 90% increase in 5 years.

This leap will come from developing new fields as well as enhancing maturing fields, especially in combining  gas projects to boost the oil production.

In these context, ADNOC and its subsidiaries are planning to engage $8 billion in projects such as Upper Zakum EPC1 and EPC2, Umm al Lulu and Satah al Razboot (Sarb), Habshan -Taweelah to be contracted on the second half of 2012.

This Upper Zakum EPC1 engineering, procurement and construction (EPC) contract went to the joint venture made of the local National Petroleum Construction Company (NPCC) and Technip from France.

The Upper Zakum EPC1 project represents $800 million capital expenditure and will be executed in NPCC and Technip Abu Dhabi office.

The Upper Zakum EPC2 project is closely connected to the EPC1, as it includes all the offshore processing facilities and power generation to be integrated with EPC1 infrastructures.

This giant package is estimated between $2 and $4 billion capital expenditure.

Adma-Opco and Zadco expects to award the EPC contract for the Upper Zakum EPC2 before the end of the year. 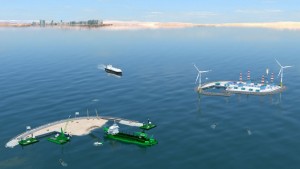 These four EPC contracts should be awarded for a total capital expenditure around $2 billion.

Adma-Opco is working on it to close these EPC contracts for Umm al Lulu and Satah al Razboot (Sarb) before the end of 2012.

Abu Dhabi Gas Industries (GASCO) is currently evaluating the commercial quotations submitted by the engineering companies for the EPC contract of the Habshan – Taweelah gas pipeline. 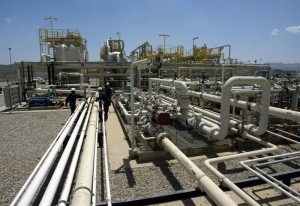 This pipeline project is to transport the natural gas delivered by the gas processing facilities located in Habshan to the Taweelah industrial zone.

GASCO has budgeted $450 million capital expenditure for this EPC contract to be awarded soon.

The local UAE Dodsal is reported to lead the competition for this Habshan – Taweelah gas pipeline.

After a long standing downstream development in UAE, ADNOC and its subsidiaries ADCO, GASCO, ZADCO and Adma-Opco are planning to boost its upstream and midstream sectors through a program of 16 major projects beginning with Upper Zakum, Umm al Lulu and Satah al Razboot (Sarb) and Hashan – Taweelah.

1 thought on “ADNOC to boost upstream projects over downstream”