Shell do not revise its offer on Cove Energy against PTT

Last February, Shell Exploration and Production B.V.(Shell) had made an offer on  to take over Cove Energy (Cove), then the Thai National Oil Company (NOC), PTTEP came into the game with the counter offer.

After different bids, both companies maintained their conditions, Shell at $0.220 per share and PTTEP at $0.240 while Coves‘ shares were quoting significantly above these amounts in expecting new offers.

Then Shell and PTTEP extended the validity of their respective offer to July 25th 2012 but without changing their conditions against the speculations of the share owners.

July 16th, 2012 – Shell announced to pull out from the Auction procedure on Cove, leaving the free way to the Thai PTTEP offer. 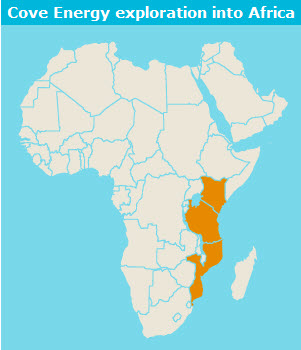 May 2009 – Cove decided to focus on oil and gas assets in the early phase of the upstream life-cycle and mature them into marketable opportunities for the medium and larger oil and utility companies in the Africa and the Mediterranean regions.

Cove had a strategy to be opportunity driven to acquire assets in areas where larger oil companies were not yet active or had overlooked opportunities.

Cove also looked to seek out assets owned by companies in distress in result from 2009 worldwide economic downturn.

As a consequence, Cove ended up in early 2012 with working interests on the East coast of Africa in Kenya, Mozambique, Tanzania. 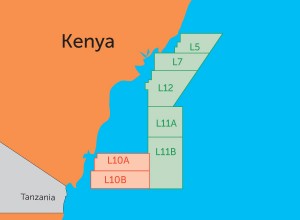 Anadarko is the operator with 70% interest.

The area contains similar gas play to those encountered in Tanzania and Mozambique with Rovuma Offshore.

The planned work includes a 3D seismic program in 2011 followed by a drilling programme in 2013.

Blocks L10A and L10B together cover an area of more than 10,400 sq km in the southern portion of the Lamu Basin offshore Kenya in water depths ranging from around 200m to in excess of 1900m.

Cove owns its most valuable assets in Mozambique with 8.5% of the Rovuma Offshore Area 1 gas field and 10% interest in Rovuma Onshore. 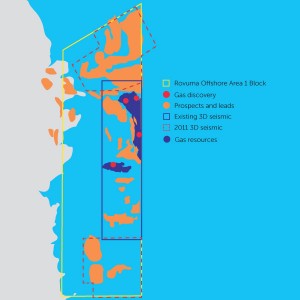 The interests in the Mozambique Rovuma Offshore Area 1 partnership are shared between:

While Cove has the smallest interests in this Mozambique Rovuma Offshore Area 1 the  reserves of this natural gas field justified to precipitate an appraisal and testing program aimed at achieving a final investment decision (FID) on a Liquefied Natural Gas (LNG) project by Q3–2013.

The current estimate for the resource potential is some 12 trillion cubic ft (tcf)) of natural gas and planning is already underway to evaluate the commercialisation of a project utilising a minimum of 6 tcf in a single LNG train project.

In addition the recent Atum discovery in the Offshore Area 1 amplified again all the positive expectations of the partnership (Anadarko, Mitsui, BPRL, Videocon Mozambique, Cove Energy, Empresa Nacional de Hidrocarbonetos) in the Mozambique Rovuma Basin to convert this natural gas into valuable LNG. 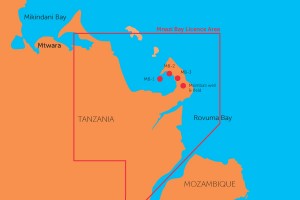 Cove’s Tanzania operations consist of a 16.38% working interest in a natural gas producing asset currently supplying gas to the power plant owned by one of the partner’s in the consortium, Wentworth Resources Limited (Wentworth).

In addition Cove has a 20.4% interest in the Mnazi Bay exploration project.

Maurel & Prom is the operator of both the natural gas producing and exploration projects with 38.2% interests.

The natural gas producing asset supplies approximately 2 million cf/d of gas to the power plant and there are plans to increase this over the next two years to supply several projects.

Chinese investors and the Tanzanian government intend to build:

So in Tanzania, Cove has managed to find the right partners to monetize at best its newly acquired assets and therefore to attention of bigger companies such Shell and PTT.

With Cove, IOC and NOC business models in race

On Shell side, the Market Leadership is based on advanced upstream activities. 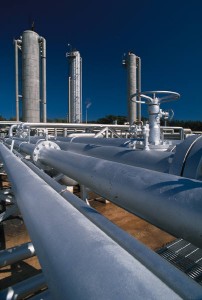 The decision to bid on Cover was related to LNG trading opportunities in Asia. in using the Cove assets in the Eastern coast of Africa as feestock.

The Kenya, Mozambique and Tanzania gas fields came under Shell’s spot lights since the LNG market was shifting from North America to Asia because of the development of the shale gas in USA, in the same time as Shell is divesting assets in the Western coast of Africa, especially in Nigeria, affected by the local situation.

But for Shell the value chain of these natural gas fields development is concentrated on the upstream side in LNG trading and may foresee better opportunities to come up in the region in that respect, for example with Maurel & Prom.

For PTTEP, the development of this natural gas field into LNG is mostly driven to import critical feedstock to supply the local Thai Petrochemical industry.

Thailand is actually importing LNG from Qatar and is planning an ambitious program of development of its downstream sector.

Therefore the Thai Government, is evaluating the profitability of the capital expenditure with an integrated business model of the upstream and downstream activities with all consequences in term of local economical development and employment.

This Cove Energy takeover case between Shell and PTT shows how much it become challenging for an International Oil Company (IOC) to compete with a National Oil Company (NOC) in these circumstances, since the value chain for the IOC shall be limited to the upstream side of the business while the NOC will consider its capital expenditure through a much longer value chain integrating upstream and downstream activities.