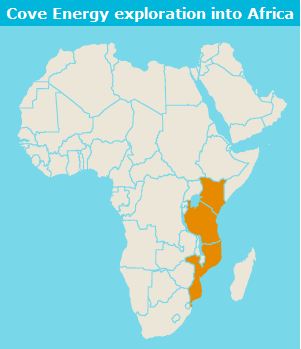 The state owned company PTT Exploration and Production Public Company Ltd (PTTEP) announced the terms of its new offer in cash to acquire the entire issued and to be issued share capital of Cove Energy plc.

Since Shell and PTTEP from Thailand were competing to take over Cove Energy (Cove), Shell had made a first offer based on $0.195 per share, representing $1.57 billion capital expenditure for the acquisition.

In April Shell came back with a proposal based on $1.8 billion in cash to acquire Cove.

In parallel the Mozambique Government has announced to charge a goodwill tax of 12.8% on the sold assets.

Since Cove Energy has no intention to pay this tax, the two bidders must now include these 12.8% in their calculation.

This is in this context that PTTEP has anyway decided to submit a new bid exceeding $1.9 billion (approximately £1.22 billion) based on $0.240 per share.

On PTTEP side this capital expenditure will be partly financed in cash and partly in debts available to the group.

At $0.240 per share, the offered price for Cove represents an enterprise value per recoverable resources ratio of $0.41 – $0.86 per thousand cubic feet (kcf), approximately $2.48 – US$5.18 per Barrel of Oil Equivalent  (BOE), based on the estimated recoverable natural gas resources of between 24 – 50 trillion cubic feet (tcf) in the Mozambique Rovuma Offshore Area 1, known as the Rovuma Project including the recent Golfinho discovery, announced by Cove on 15 May 2012.

Following this announcement Cove shares escalated to $0.250 on the expectation that the battle between Shell and PTTEP will not end here.

The Arbitrage investors who know owned most of Coves‘ shares may analyze that the price of the recoverable resources around $5 BOEP in the Mozambique fields is still acceptable for higher push considering that:

– The Rovuma field may not have revealed all its resources yet, based on new discoveries made in the same area recently by ENI.

Beyond Rovuma, two Business Models in competition for Market Leadership

On Shell side, the Market Leadership is based on advanced upstream activities.

The decision to continue bidding on Cover will depend on the spread between other opportunities to buy Mozambique gas field development shares in other blocks and the anticipation on future LNG trading opportunities in Asia.

For PTTEP, the development of this natural gas field into LNG is a unique opportunity to import valuable feedstock to supply the local Thai Petrochemical industry.

Therefore the Thai Government, which is the owner of PTTEP, is evaluating the profitability of the capital expenditure with an integrated business model of the upstream and downstream activities with all consequences in term of local economical development and employment.

Interestingly for all the Oil & Gas industry, this Cove case comes as the crossroad between the business models of the IOCs, such as Shell focusing on upstream, and the NOCs, such as PTTEP with an integrated business model, which turn to play more and more global. 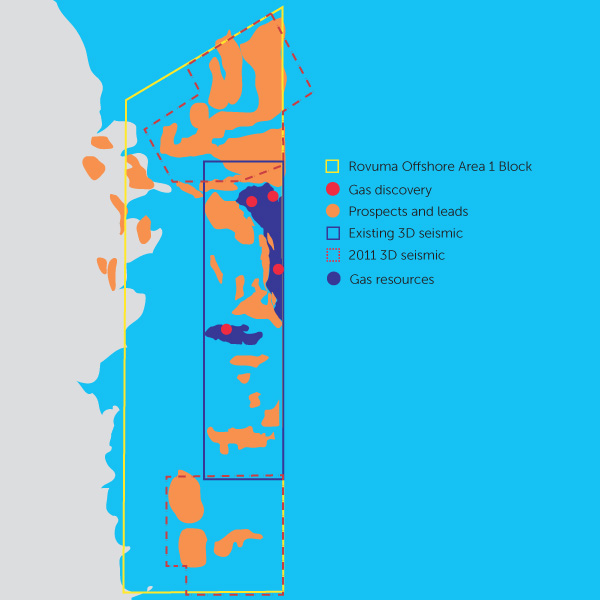 The interests in the Mozambique Rovuma Offshore Area 1 partnership are shared between:

The structure of this Mozambique Rovuma Offshore Area 1 partnership should evolve soon as a result of the PTTEP and Shell bidding competition on Cove Energy to trigger LNG projects in East Africa region.