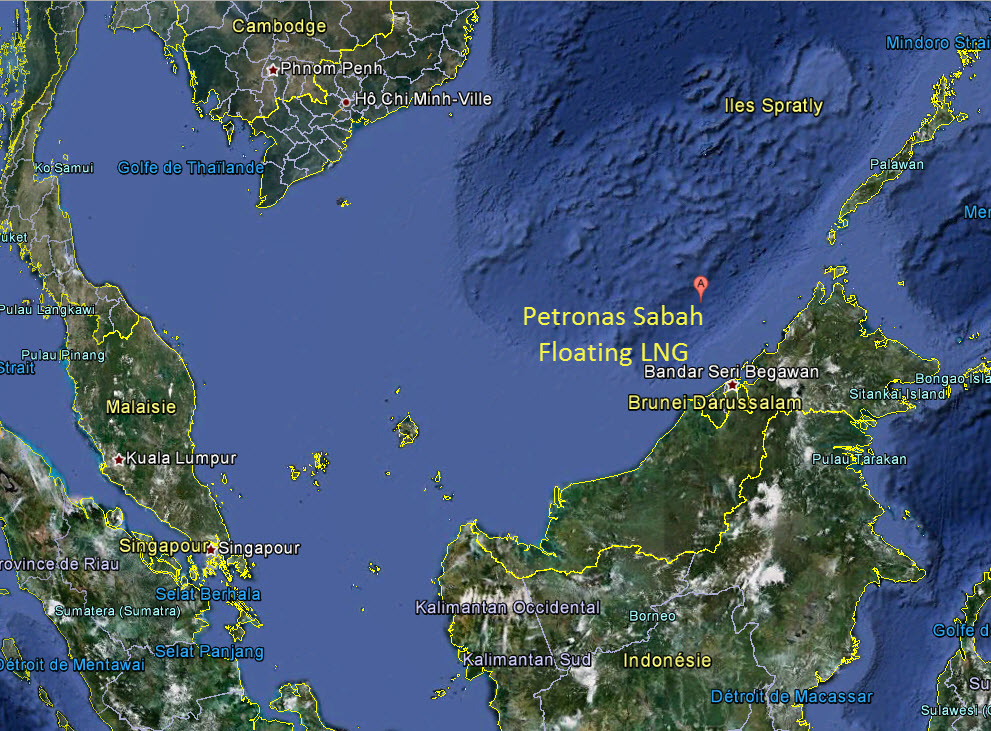 In parallel Malaysia is among the few countries in the world, which are today exporting natural gas but may turn to become net importer or just balanced in 2015 because of the development of its domestic market and petrochemical industry with giant projects such as the Petronas Refinery and Petrochemical Industry Development (RAPID).

In this context, Petronas is considering the floating LNG as the perfect solution to match with the size of the natural gas fields, to save additional infrastructures, the short cycle time from the the final investment decision (FID) to the commercial operations. 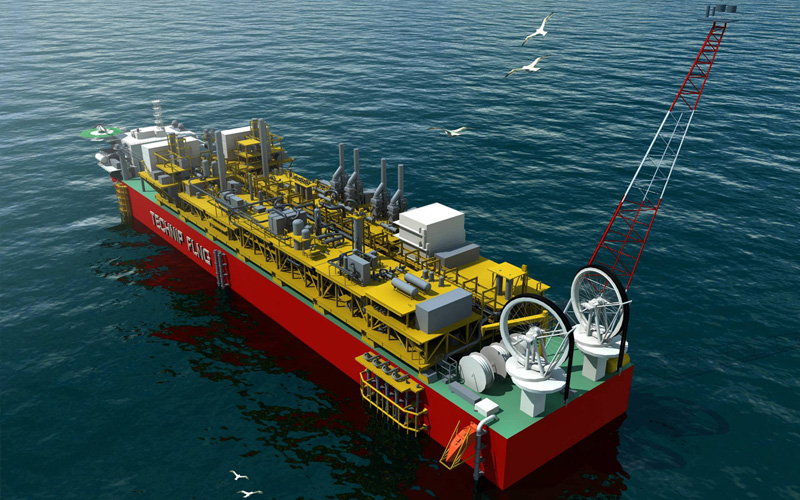 In April 2012, Petronas awarded to the consortium made of Technip from France and Daewoo Shipbuilding & Marine Engineering (DSME) from South Korea a service contract for engineering, procurement, construction, installation, commissioning (EPCIC) for its first Floating LNG.

With 1.2 million t/y LNG trains capacity this Petronas Floating LNG 1 (Labuan) should be installed offshore the State of Sarawak in Malaysia, close to Brunei.

Moving ahead in its natural gas resources development, Petronas is proceeding with this second Floating LNG unit to be anchored offshore the State of Sabah in Malaysia.

Increasing slightly the size to 1.5 million t/y of LNG for this second FLNG, Petronas organized the selection of the engineering companies through competitive FEED.

It means that Petronas signed several FEED contracts, two in this case, with different teams of engineering companies to submit their best technical and commercial offer.

Petronas is expecting this FEED work to be completed on second quarter of 2013.

At that stage, Petronas will evaluate the two offers in competition and will select one consortium to convert the FEED into an engineering, procurement, construction, installation, commissioning (EPCIC) contract.

JGC and Samsung in consortium for Sabah FLNG

The Japanese JGC is leading the consortium made with Samsung Heavy Industries where:

– Samsung Heavy Industries is engineering the hull, all the marine equipment and supporting infrastructure in the vessel.

SHI is South Korea‘s largest general heavy industrial contractor and benefits from its on going experience with Technip on the first Floating LNG unit.

JGC has a long track record in the  LNG applications as it built about 30% of the global LNG installed production base. 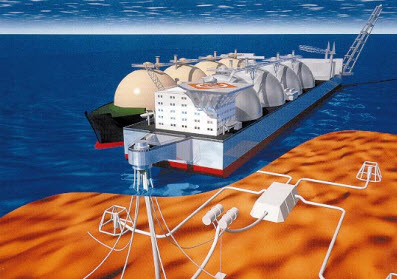 Designed to fit on a barge, the processing equipment are mounted on the deck of the barge where acid gases and moisture are removed from the natural gas.

The condensate is recovered while the natural gasis liquefied before being both stored inside the barge, then offloaded to carriers.

Through this competitive FEED process, Petronas expects to save time on the bidding phases as the number of the potential tendering companies is rather short anyway.

For this second Floating LNG in competitive FEED to JGC and Samsung Heavy Industries, Petronas is planning the first production of condensateon first quarter 2016.