The Norwegian Hoegh LNG and the  Houston-based KBR are completing a pre-front end engineering and design (pre-FEED) work for the Cash-Maple FLNG project to developed by the Thailand national oil company PTTEP.

The Cash-Maple FLNG project is related to the exclusive license owned by PTTEP on the offshore blocks AC/RL7, AC/P54 and AC/RL14 in the Australian territorial waters of the Timor Sea 680 kilometers west of Darwin and 200 kilometers southeast of the Indonesia coast line.

Located in the Browse Basin by 130 meter water depth and lying by 4,135 meters total depth, the Cash-Maple gas field is made of eight different reservoirs. 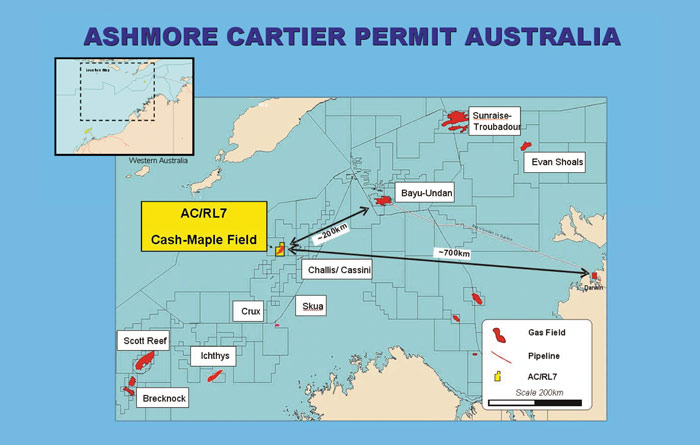 In 2011, PTTEP drilled the additional appraisal well Cash-2 ending to be as successful as the previous campaign in delivering a test flow of 30 million cf/d of natural gas and 737 barrels of oil equivalent (boe) of condensate.

From these results and considering the distance from the shore, PTTEP contracted SBM and Linde on first quarter 2011 to provide a pre-FEED for a floating liquefied natural gas (FLNG) vessel.

At that time this pre-FEED was expected to be converted into front end engineering and design (FEED) in 2012.

Instead, PTTEP asked, on first half 2012, Hoegh LNG and KBR to perform as well a pre-FEED study for this Cash-Maple FLNG project.

According to PTTEP requirements, this pre-FEED had to be driven by a total installed cost of the FLNG on site.

To save costs, Hoegh LNG and KBR based their pre-FEED work on the generic design developed by Hoegh LNG for a FLNG.

From the conceptual study, this Cash-Maple FLNG should be 400 meter long and 65 meters wide.

To support the LNG trains and all storage capacities in the one-in-10,000-year maritime zone of Ashmore-Cartier, the Cash-Maple FLNG vessel should be designed with a double hull.

In respect with the recoverable reserves of the eight fields to be tied-in the vessel, the LNG trains should have a total capacity of 2 million t/y of LNG.

In addition Hoegh LNG and KBR, signed and alliance with Daewoo Shipbuilding and Marine Engineering (DSME) for the construction of the FLNG if they should be selected by PTTEP.

In parallel DSME is building the first Petronas LNG in consortium with Technip and also developed its own design of FLNG.

But since PTTEP contracted the first pre-FEED study to SBM and Linde, PTTEP invested $1.8 billion capital expenditure to acquire Cove Energy (Cove) and their share in the Rovuma Basin offshore Mozambique on the East coast of Africa. 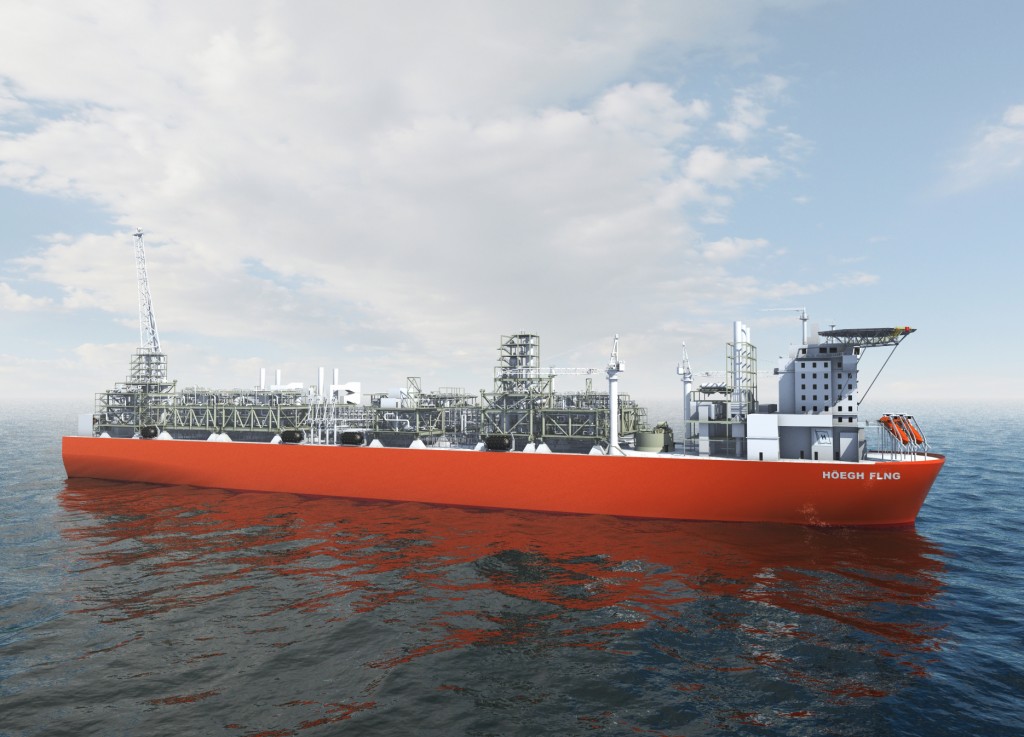 This battle in the stock exchange with Shell to take over Cove had some impact on PTTEP for the financing of the other projects.

So PTTEP is now interested in a solution where the awarded team should design, build, own and operate the FLNG.

In this new context, no sure that SBM and Linde should move further, offering the opportunity to Hoegh LNG, KBR and DSME to step in the FEED contract.

Hoegh LNG owns and operates a fleet of LNG carriers for 40 years and is looking for opportunities to scale up its expertise with floating LNG services.

As soon as Hoegh LNG, KBR and DSME will manage to complete their pre-FEED to the point where a financial agreement can be found with PTTEP, the final investment decision (FID) could be made for the Cash-Maple FLNG project, likely on early 2013.