After resolving tax and refinery disagreements between Tullow Oil plc (Tullow) from UK, Total from France, the China National Offshore Oil Corporation (CNOOC) from China and the Uganda Government, the Kingfisher project is ready to take off.

The Kingfisher project is to develop the previously called Block-3A located in the northwest of Uganda along the shores of Lake Albert. 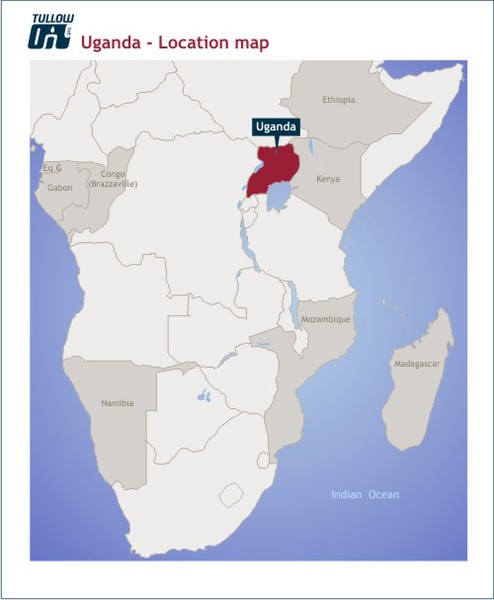 Discovered in 1938, the Albert Lake Rift Basin had been left unexplored during 60 years.

Tullow took first interests in Uganda in 2004 and performed the Kingfisher-1 discovery in the Block-3A in 2006.

Along this period of exploration, the estimation of the recoverable reserves were continuously revised upward to actually exceed 2 billion barrels of oil equivalent (boe) concentrating approximately 60% of all the Uganda reserves.

The development of these Blocks in the Albertine Rift Basin may require more than $15 billion capital expenditure on the top of which should be added all the costs of infrastructures to export and/or transport the oil and gas from this far remote area.

In this context, Tullow offered in 2011 to share interests with Total and CNOOC through a Sales and Purchase Agreement (SPA) that should leave each partner with 33% ownership of each blocks.

In 2012, the Uganda Government approved the farm-out agreement between Tullow and its partners where: 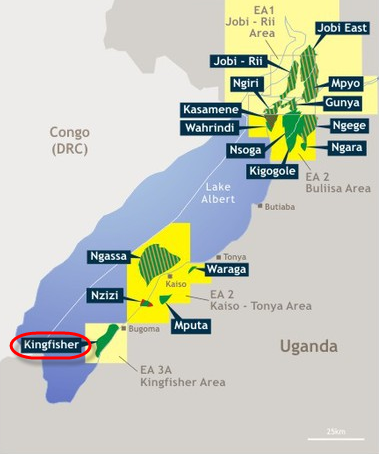 – CNOOC takes 33% of the Block-3A, renamed Kingfisher, and is the operator in partnership with Total and Tullow

Among these fields, Kingfisher (Block-3A) should be the first block to be developed under the lead of CNOOC.

In 2012, CNOOC awarded the pre-front end engineering and design (pre-FEED) to Petrofac from UK.

From this pre-FEED, CNOOC could organize the call for tender for the front end engineering and design (FEED) contract.

Currently CNOOCand its partners Tullow and Total are evaluating the technical and commercial offers submitted by:

Petrofac did not compete in the FEED as it wants to be listed for the engineering, procurement and construction (EPC) contract to be invited to bid (ITB) after the completion of the FEED work.

In respect with Kingfisher estimated reserves of 800 million boe, Petrofac could develop a comprehensive pre-FEED so that the FEED contract should cover: 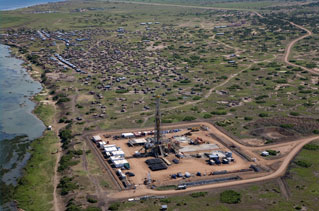 The central processing facility should be located at Buhuka.

In a first phase, this central processing facility should have a capacity of 20,000 barrels per day (b/d) that should be expanded to 40,000 b/d in a second phase.

In this first phase the crude oil will be exported through 85 kilometers pipeline to a greenfield refinery to be located in Hoima.

This refinery is subject to intensive discussions between Tullow, Total, CNOOC and Uganda Government as the companies would like to size it just to meet the domestic market while the Government aims at favoring the transformation in Uganda to export higher added value with refined products.

For instance they compromised on a 30,000 b/d capacity that should be expanded in the future to 60,000 b/d in respect with the domestic market demand.

In parallel, Tullow, Total and CNOOC are working on different alternatives of export pipelines:

– To Tanzania coast in turning around the Great Lakes

– To Mombasa or Lamu on the Kenya coast

With the FEED contract to be awarded soon, CNOOC and its partners Tullow and Total expect Kingfisher (Block-3A)  and the Hoima refinery to start commercial operations in 2017.