The Farm-in-Agreement is very similar to the Farm-out-Agreement in the way that in both cases it involves a Farmor and a Farmee, but it is different by the context of applications and the goals of the respective parties.

The two companies, the Farmor and the Farmee, may come to sign a Farm-in-Agreement in the specific context where both want to share costs and risks of drilling to increase capital expenditure in expecting higher gain in return. 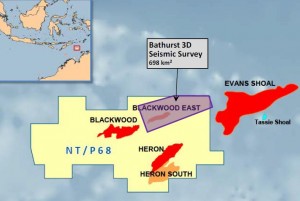 This situation usually happens when the owner of the acreage, the Farmor, discovers after few drilling and testing operations that the oil or gas field licensed in the acreage may contain more reserves than expected or will require more technologies.

Thus the Farmor may take years to come to production and get the pay back of its capital expenditure.

In this context, the added value of the Farmee is to provide cash and technology to speed up the oil and gas field development.

The joint operation of the Farmor and the Farmee is expecte to leverage capital expenditure for both parties.

A successful implementation of a Farm-in-Agreement is based on the two or three steps approach where the Farmor, who has the best expertise of the oil and gas field at the early stage of the development, remains the operator while the Farmee will provide support.

Then the Farmee takes over the operations in respect with the technologies and resources that he mobilized to enhance exploration and production.

Such Farm-in-Agreement may also be used when the rumor about the higher than expected reserves of the oil and gas fields start to spread around and to attract major companies willing to be part of it.

These major companies will therefore offer a premium on the value of the acreage to take that role of Farmee and offering the opportunity to the Farmor to reduce risks and to boost its return on capital expenditure.

Two companies, the Farmor and the Farmee will sign a Farming-out-Agreement in the specific context where the Farmor who owns the acreage appears to be unable to develop its oil and gas field either in the given time left by the expiring license, either due to budgetary constraints, either because of its lack of resources and know-how.

In this context, the acreage owner may risk to lose his license and all the benefits of previous capital expenditures.

The interest of this owner is then to look for another company to take the lead of the drilling operations.

The acreage owner becomes the Farmor and the drilling company the Farmee.

To reward the Farmee, the Farmor will accept a reduced acreage position in sharing interests but he will reduce or eliminate risk and improve financial performances as a percentage of capital expenditure.