The Abu Dhabi Company for Onshore Oil Operations (ADCO) was established on 2nd December 1971 in Abu Dhabi, the largest Emirates from the United Arab Emirates (UAE).

ADCO was created by the Abu Dhabi National Oil Company (ADNOC) to explore and operate the onshore and shallow coastal water of the Emirate of Abu Dhabi.

ADNOC is the national oil company held by the Abu Dhabi Government to manage all the oil and gas assets of the Emirate, upstream, midstream and downstream.

First oil and gas concessions were signed in Abu Dhabi in 1939 with Petroleum Development (Trucial Coast) Ltd, but the exploration started only in 1950 with the first discovery made in the actual Bab field.

ADCO was incorporated as a joint venture on 1978 and has been responsible, since February 1979, for onshore Abu Dhabi operations in the concession area covering more than 21,000 square kilometers.

In ADCO, ADNOC is leading the joint venture where the working interests are shared between: 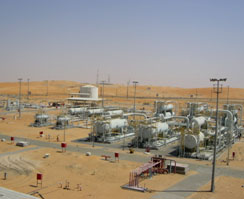 With these six fields, ADCO  delivers 65% of the UAE total crude oil production of 2.5 million barrel of oil equivalent (boe) per day.

Under the govern of its stakeholders, ADCO defines its mission to explore, develop and produce hydrocarbons within its concession with the:

– Minimum impact on the environment

– Highest standards of honesty and integrity.

As a national oil company ADCO does not published results.

ADCO‘s concessions will be renewed in 2014, meaning in practice the replacement or not of the actual companies sharing interests in ADCO together with ADNOC.

Among the actual partners ExxonMobil, Shell and Total received an invitation from ADNOC to submit an application.

BP did not receive an invitation but says to be in discussion with Abu Dhabi’s Government.

Statoil, OMV and Wintershall were not involved in ADCO concessions so far but received an invitation to participate to the 2014 round.

This kind of expertise shall be fruitful to ADCO to implement its Vision 2020 program. 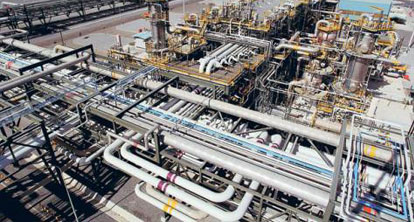 – Contribute to Abu Dhabi targets to increase crude oil production in line with OPEC allocated quotas for 2017 and to compensate depleting fields.

– Highest standards of HSE performance in the industry

– Proven technologies and strategies to enable the most efficient field development

– Integrity of the facilities on a cost effective basis to optimise system availability.

Among the key projects ADCO is working on: 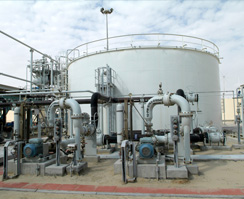 – NEB Full Field Development including the deployment of CO2 injection techniques tested on the Rumaitha pilot case to reach 230,000 b/d production in 2016.

With the support of its actual partners BP, ExxonMobil, Partex, Shell, Total or potential new ones, OMV, Statoil and Wintershall, ADCO will have to invest massively to overcome two challenges: increase crude oil production to meet OPEC quotas, and find gas wherever possible to secure Abu Dhabi independence.