The Houston-based engineering company Xodus Group (Xodus) is currently completing the front end engineering and design (FEED) work for the development of the offshore Banda gas field as the upstream part of the Mauritania Gas-To-Power project.

In a similar scheme to the Kudu Gas-To-Power project in Namibia, Tullow Oil plc (Tullow) is exploring gas fields along the West Africa coast offering opportunities for valuable monetization of the natural gas by conversion into electrical power within the local markets.

In Mauritania the Banda gas field is estimated to contain only 900 billion cubic feet of gas but is located to only 60 kilometers distance from the shore. 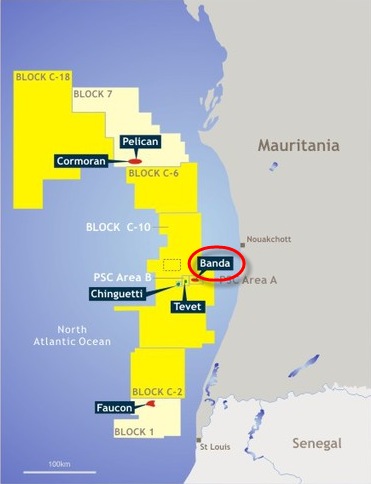 Tullow is exploring Mauritania offshore water since 2001 where it holds nine licenses covering 42,000 square kilometers along 750 kilometers of the Mauritanian coast line.

After the first discovery of the Chinguetti oil field in 2001, Banda came up as non-associated gas field in 2002.

In 2011, Tullow and its partners Premier Oil (Premier), Kufpec and Petronas, signed a new production sharing contract (PSC) C-10 with the Mauritanian Government to replace the previous PSC Area A and Area B and to give Tullow the operatorship with 66.83% of the working interests.

In 2012, Tullow could declare the Banda gas field valid for commercial operations based on a gas-to-power concept.

Mauritania is running short of electrical power, especially to develop its mining sector, thus giving the opportunity to Tullow to monetize its natural gas from Banda.

With the gas field lying by 300 meters water depth, the Tullow Banda gas-to-power concept is based on a subsea production system, feeding a transportation pipeline to shore where the gas will be treated to, then, supply a gas-fired power plant.

In 2012, Tullow appointed Xodus to perform Banda FEED work based on this gas-to-power concept.

As to provide strategic electrical power to Mauritania, the Banda gas-to-power project should benefit from World Bank funding corresponding to the power plant package.

Since the mining companies, the Société Nationale Industrielle et Minière (SNIM) and Kinross Gold Corporation (Kinross), should be the first customers of the Banda gas-to-power project, the Mauritanian Government called them to form a joint venture with Somelec (Société Mauritanienne d’Electricité) to operate the power plant.

The shareholding structure of the power plant project is composed of:

In this financial setup, the World Bank would secure to Tullow for the payment of the gas deliveries to the power plant.

To be located close to Nouakchott, this power plant should be developed in two phases:

In October 2012 Wartsila has been awarded the contract to build the first phase of the power plant for $170 million capital expenditure.

Depending of the actual consumption of electricity in the domestic market for private use or the mining industry, the Mauritanian Government may decide to export up to 100 MW to Mali and Senegal.

On the upstream and midstream parts of the Banga gas-to-power project, Xodus FEED work is planning to include:

– Four production wells driven from shore by an umbilical

– A 75 kilometers gas export pipeline out of which 60 kilometers should be subsea.

For these upstream and midstream packages Tullow and its partners pre-qualified: 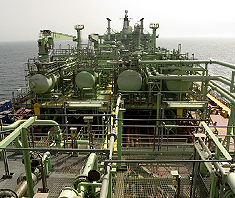 With operations expected to start in 2016, Tullow and its partners Premier, Kufpec and Petronas, are planning to make the final investment decision (FID) and award the upstream construction packages on second half 2013.