Modec and SBM in competitive FEED final for TEN

The UK-based Tullow Oil plc (Tullow) and its partners Kosmos Energy (Kosmos) from USA, Anadarko Petroleum (Anadarko) from USA, Sabre Oil and Gas (Sabre) from USA, and the local Ghana National Petroleum Corporation (GNPC) are approaching the time for decision on the design contest between Modec and SBM for the TEN FPSO project offshore Ghana.

Tullow and its partners branded this TEN project as the acronym of the three hydrocarbon formations to be developed in the deepwater of Ghana on the west coast of Africa.

The TEN project involves the Tweneboa, Enyenra (formerly, Owo) and Ntomme oil and gas fields as part of the same Deepwater Tano license.

In this Deepwater Tano License, Tullow and its partners share the working interests as following:

Tullow signed its first licenses for oil and gas exploration and production in 2006 and made its first discoveries in 2007 with Jubilee 1st.

From this discovery, Tullow managed to turn Jubilee into production in only 40 months by the end of 2010.

In parallel and encouraged by this first success, Tullow expanded exploration in the Deepwater Tano License and made a major light high pressure oil finding in 2009 in the Tweneboa field. 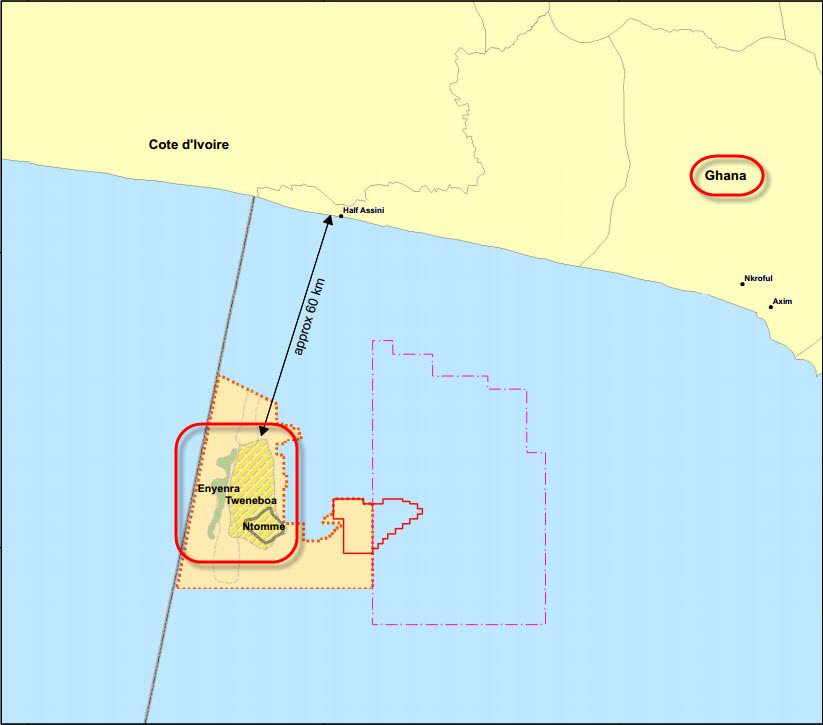 In 2010,Tullow hit oil in Owo, to become Enyenra as testing wells confirmed the large oil reserves across the formation.

In 2011, the exploratory drilling campaign was extended to the Ntomme field.

The reported results guided Tullow and its partners to chose a development scheme of the three fields through a single floating, production, storage and offloading (FPSO) vessel.

They are located 25 kilometers west of Tullow Jubilee and approximately 60 kilometers offshore south of Half Assini on the coast of Ghana.

In August 2011, Tullow and its partners decided to proceed by competitive front end engineering and design (FEED) for the development of the TEN project in order to save time as in Jubilee.

In November 2012, and as a result of the conclusions of the competitive FEED, Tullow submitted to the Ghana Government the plan of development (POD) for the TEN project.

The Tweneboa-Enyenra-Ntomme oil and gas fields are liquids rich with 80% of crude oil.

With such reserves, Tullow selected a field development concept based on: 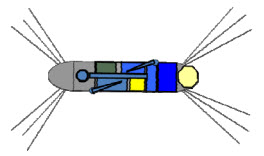 – 16 optional wells to be added in the future when needed to maintain the plateau production.

Previously required to process 100,000 b/d of crude oil, Tullow and its partners revised down the sizing of the FPSO to 80,000 b/d in order to financially optimize the plateau production of 300 million barrels of oil equivalent (boe) along the life time of the TEN oil and gas fields.

The share of associated gas not re-injected in the reservoir will be used to power the FPSO or exported to Jubilee for transport to shore. 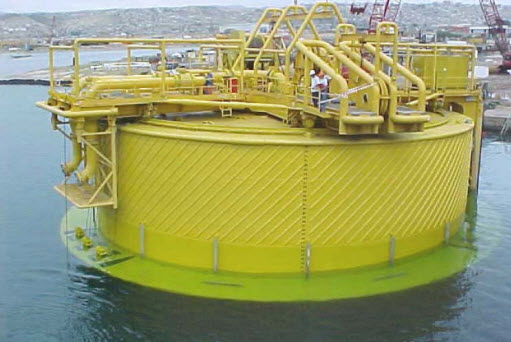 The FEED for the subsea infrastructure has been performed and completed by IntecSea.

Tullow and its partners selected three engineering companies to participate to the competitive FEED of the FPSO, BW Offshore, Modec and SBM.

Modec looks in the lead as it designed and built the Jubilee FPSO.

SBM is fixing old claims with Talisman Energy to clean up its balance sheet from risks provisions and restore its image of expertise.

To save costs and time Tullow opted for a converted FPSO for the TEN project.

Tullow and its partners, Kosmos, Anadarko, Sabre and GNPC, have budgeted the costs of the Ghana TEN FPSO project development to $4.5 billion capital expenditure, not including the lease cost of the FPSO to come on stream in 2015 with plateau production to be reached in 2018.