In 2007, Statoil and ExxonMobil signed a production sharing contract (PSC) with the national oil company (NOC) Tanzania Petroleum Development Cooperation (TPDC) for the exploration and production of the Block 2 offshore  Tanzania in the Indian Ocean. 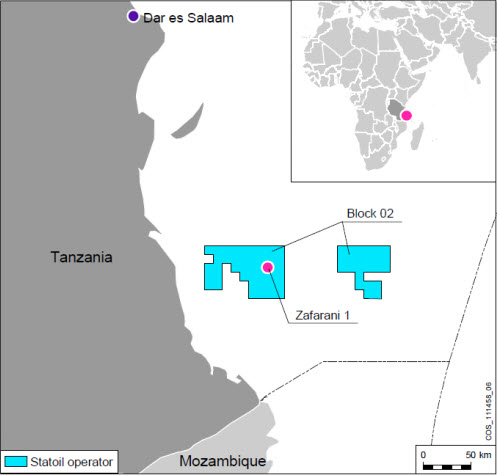 This Block 2 is located in southern Tanzania’s territorial waters close the the frontier with Mozambique.

Lying in water depths varying between 400 to 3,000 meters, the Block 2 is divided in two parts approximately 100 and 200 kilometers away from shore.

According to the production sharing contract (PSC) signed between parties for the Block 2, Statoil and ExxonMobil share working interests for the exploration phase as folowing:

In case the partners would decide to move on production phase, the national oil company (NOC), TPDC would take 10% working interest in the Block 2. 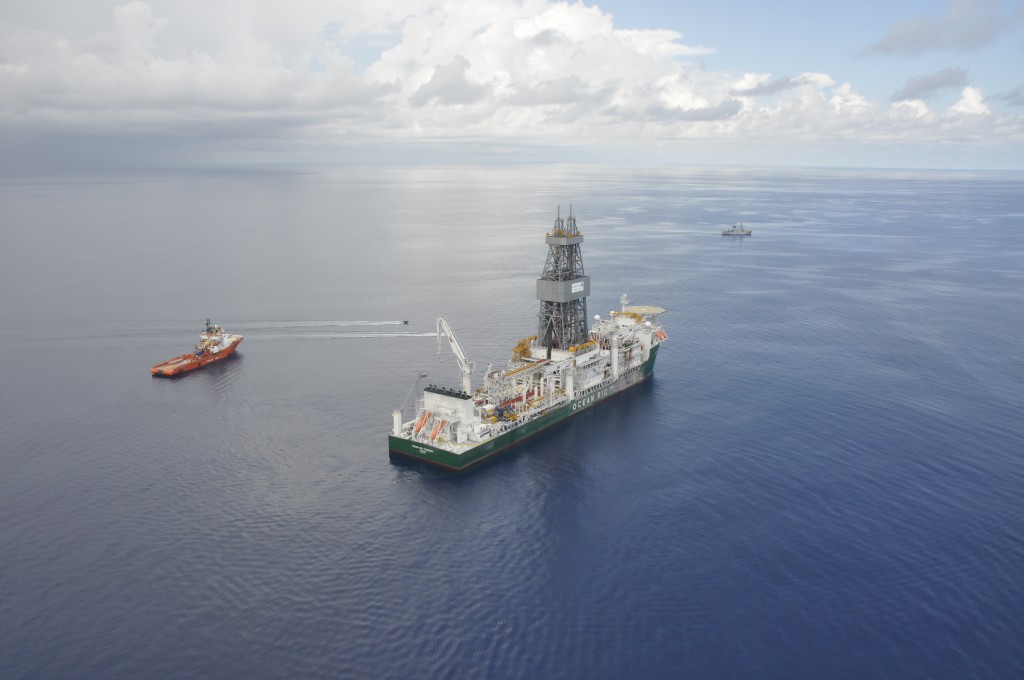 With Zafarani-1 discovery, Statoil made a first estimation of the Block 2 natural gas recoverable reserves around 5 trillion cubic feet (tcf).

On mid 2012, a second prospect well, named Lavani, was drilled in the Block 2 and allowing Statoil to double recoverable reserves and to qualify Zafarani as High impact gas discovery to be compared with Statoil’s other high impact discoveries such as Johan Sverdrup, Skrugard and Havis, or Peregrino South.

At this stage of the exploration of the Block 2, Statoil and ExxonMobil, estimate the discovery large enough to start working on the monetization of this natural gas through onshore LNG Trains.

In a first step, Statoil and ExxonMobil awarded to KBR a contract for the pre-front end engineering and design (pre-FEED) for a prospective liquefied natural gas (LNG) facility in Tanzania, East Africa. 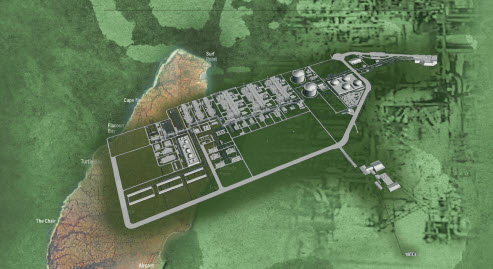 If Asia is the preferred destination to export gas since the market prices are still based on long term contracts calculated on a basket of oil and gas prices through the JCC contracts, the number of projects to develop  natural gas in Australia, Indonesia and on East Africa may intensify the competition on suppliers side.

In addition USA is now working also on LNG export projects boosted by the development of the shale gas.

In this context the costs estimation and the time frame of the natural gas projects must be analyzed carefully to compromise profitability when in commercial operations in four or five years from now.

In the neighboring Mozambique, Anadarko is already proceeding with its Mozambique LNG project.

Eni should either join Anadarko, either launch its own LNG project with the first priority.

In moving on the pre-FEED shortly after few discoveries, Statoil shows that it does not want to waste time on the onshore part while implementing the offshore exploration.

For these reasons and considering the long standing cooperation between Statoil, ExxonMobil and KBR, the pre-FEED studies are expected to be completed on first half 2013.

With KBR’s pre-FEED outcome, Statoil intends to evaluate in which conditions of size (two or three  LNG Trains) and costs, an export LNG facility could monetize the discoveries of Zafarani and Lavani in the Block 2 offshore Tanzania.