STAR Refining plans one of largest projects in Turkey

Through the joint venture STAR Refining Inc. established in January 2012, the State Oil Company of Azerbaijan Republic (Socar) and Turcas Petroleum AS (Turcas) are developing the $5 billion Aegean Refinery project on the western coast of Turkey on the Aegean Sea.

Socar is the national oil company of Azerbaijan and has a long standing experience in exploring, producing and refining crude oil.

Turcas is a Turkish retailer distributing transportation fuel in the country under its own brand or in joint venture with Shell.

In the Star Rafineri joint venture, Socar and Turcas share the working interests so that:

The purpose of this Star Rafineri joint venture is to build a refinery at port of Izmir in the Aliaga region on the Aegean Coast.

This Aegean Refinery should have a capacity of 214,000 b/d of crude oil.

The main purpose of the refinery is to provide feedstock to the Petkim petrochemical complex, part of Socar‘s downstream activities and most important production unit outside Azerbaijan. 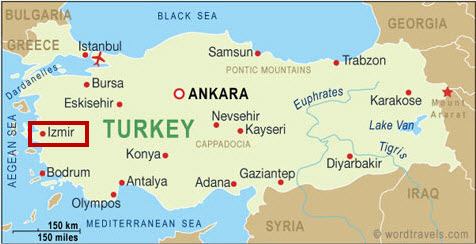 Actually Petkim imports 80% of its needs to run the Aliaga petrochemical complex.

The Aegean refinery could supply 1.66 million t/y of naphtha to the Petkim petrochemical complex and would allow Petkim to double capacity in response to the booming demand on the Turkish market.

Socar and Turcas estimated the Aegean Refinery project to $5 billion capital expenditure for which the work with they hired the financial services of Unicredit SpA to mobilize $4 billion loans.

In addition to supply light an heavy naphtha to the Petkim petrochemical complex, Socar and Turcas are targeting to provide the local market with ultra low sulfur diesel, liquid gas, jet fuel, benzene, and other raw petrochemical products today imported in Turkey.

Socar and Turcas awarded the:

– Technology to Axens for the Naphtha Hydrotreater, Prime-K unit and Prime-D unit licenses.

The Aegean Refinery project should include:

After Technip Italy having performed the feasibility study, Foster Wheeler completed the FEED.

According to the on going financial negotiations, Socar and Turcas expect the financing of the $5 billion capital expenditure to be completed at the end of 2012, to organize the call for tender of the engineering, procurement and construction (EPC) packages on first half 2013 so that the Aegean Refinery, or STAR Project, could commence commercial operations in 2016-2017.