The Royal Dutch Shell (Shell), the US independent company Anadarko Petroleum Corporation (Anadarko) and the Norwegian national oil company (NOC) Statoil are mobilizing their best experts in enhanced oil recovery (EOR) techniques to compare the different solutions to boost the production from the Vito oil and gas field in the deep water of the US Gulf of Mexico.

After this discovery and releasing the drilling rig, Anadarko transferred the operatorship in Vito to Shell.

Since then Shell and its partners share the working interests in Vito as following:

Straddling across the blocks MC 985, MC 984, MC 941 and MC 940 on the boarder between the Mississippi River Canyon area and the Atwater Valley area, Vito is located approximately 200 kilometers southeast of New Orleans, Louisiana.

Since the discovery, Shell and its partners carried out an intensive campaign of exploration with appraisal wells until 2013.

During this period, Shell and its partners could revise upward by 50% their first estimations of the recoverable reserves in Vito.

With more than 300 million barrels of oil equivalent (boe) Vito joins the short list of the most important discoveries in the US Gulf of Mexico on the last five years.

Originally thought to be developed as a tie-in of the neighboring Appomattox, the revision of the reserves imposed Shell and its partners to consider Vito development as a stand-alone project.

From water depth perspective, the TLP is reaching the limit with existing design but it could be considered in including further development as long as Shell and its partners should access the corresponding risks.

The conventional solution relies on the well known water injection, but since all companies have realized that the injection of salty water in the reservoir has a limited effect on the long term recovery rate of the crude oil Shell and Statoil are looking for alternative solutions. 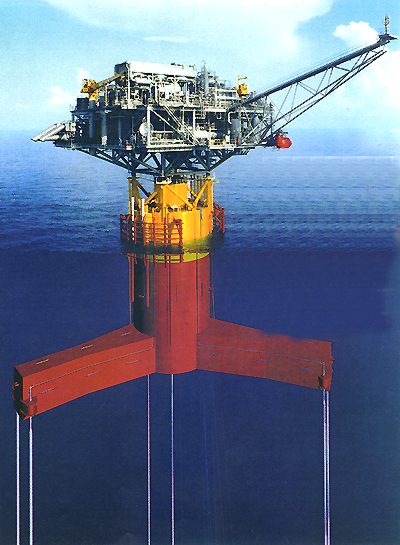 As BP they could opt for the injection of soft water, but the drawback is to load the topsides of the platform with 5,000 to 10,000 tonnes of additional equipment for the water treatment.

Alternatively Shell and Statoil are considering gas injection, methane in this case.

Considering the distance from shore of approximately 100 kilometers and the cheap price of the methane in the Texas and Louisiana Gulf Coast, this solution would increase the capital expenditure of the Vito project but could significantly increase the oil recovery rate from the field.

In Statoil the benchmark is now 60% recovery rate for new projects.

These different solutions will require to locate equipment offshore or onshore that may be either pumps, either compressors, thus with a major impact on the nature of the topsides to be considered for the design of the platform.

Therefore Shell, Anadarko and Statoil will have first to select the EOR solutions before evaluating the supporting platform.

At this stage, Shell, Anadarko and Statoil are targeting to start the front end engineering and design (FEED) in 2015 for a final investment decision (FID) on Vito not before 2016.