Oil & Gas and Petrochemical Confirmed to Pick Up 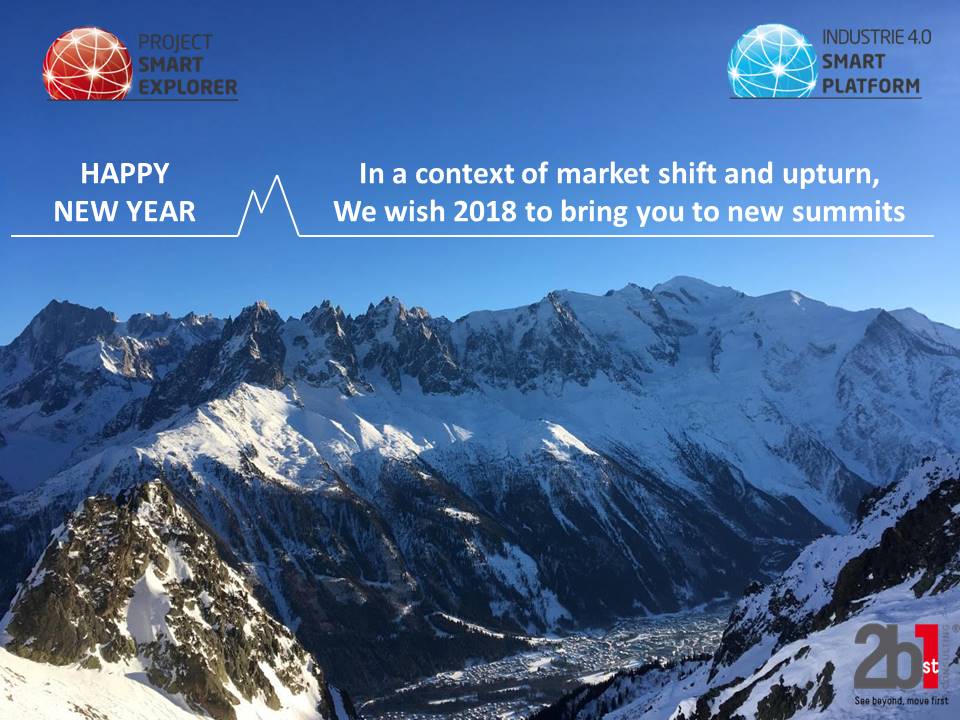 2B1st Consulting team is very pleased to wish you a Happy and Prosperous Year 2018 for yourself, your family and of course for your professional activity.

30% Market Growth in 2017 Confirms our Forecast

Today, with this New Year 2018, we are more than pleased to inform you that the announced pick up has been confirmed by facts & figures in 2017. 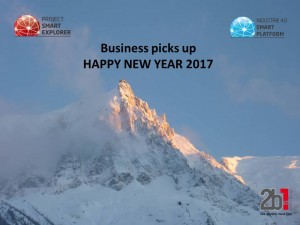 As most significant example, 32 offshore projects (FLNG, FPO, FPSO, Offshore Platforms) were sanctioned for execution (EPC contract awarded) in 2017 compared with 22 in 2016, representing more than 40% increase.

Overall globally, upstream, midstream and downstream, 252 projects, in size above $100 million capital expenditure, have been awarded to EPC contractors, for construction in 2017 compared with 192 in 2016 representing more than 30% increase.

This market upturn has nothing to do with the barrel price, but with a market shift on the profile of the operators making the final investment decisions.

The picture on the right is showing how $2.4 trillion of capital expenditure of 840 projects to be awarded on the next five years is split between three categories of operators: 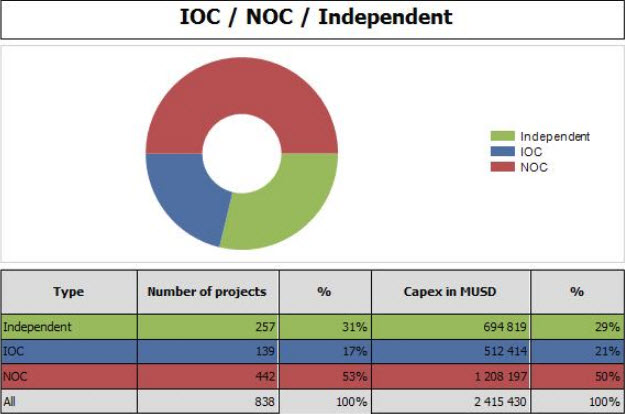 – Independents: in green such as Apache, Anadarko, Tullow, …

From this diagram you can see IOCs stand as operators in only 21% of the capital expenditure planned on the next five years.

Instead the NOCs  and the Independents lead nearly 80% of the investments ahead of us.

These figures reflect how much the market is shifting since the barrel price crisis in 2014 from the IOCs to the NOCs  and the Independents companies.

If you consider that in the same period, the oil and gas production has increased by nearly 8% you can realize who is driving the market upward.

This market shift from the IOCs to the NOCs  and Independent companies has some consequences.

Firstly, projects are smaller, somewhere between $500 million and $1.5 billion capital expenditure, therefore they have much less visibility than the giant projects initiated by the IOCs. 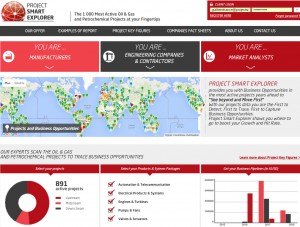 Secondly, execution time frame of these projects is also different, much shorter, around two years and running on fast tracks.

Therefore most of the active projects today in the Oil & Gas and Petrochemical market are more challenging to detect and even more to capture if you cannot improve the agility of the sale organizations.

Regarding 2018, we have extracted some data from www.projectsmartexplorer.com project pursuit tool.

From these data we can evaluate that the number of projects, upstream, midstream and downstream, above $100 million capital expenditure, to be sanctioned for execution through EPC contracts should range somewhere between 300 and 430, representing 20% to 35% growth compared with 2017.

If we consider that 118 of these projects are already awarded for execution in 2018, the estimations above look very conservative.

The reasons for NOCs  and Independent companies to invest have little connection with the barrel price, they are driven by the value to be generated by their investment, which is far different.

From our projects data this fundamental trend should continue at least until 2020.

In this context of Oil & Gas and Petrochemical market upturn, 2B1st Consulting is pleased to wish you a Happy and Prosperous Year in 2018.