Petrobras and its partner, Galp Energia (Galp) from Portugal, are expecting to benefit from the lessons learnt in developing the Lula giant offshore pre-salt field to design the floating, processing, storage and offloading (FPSO) vessels to be moored at Jupiter field to operate in similar conditions in the Santos Basin. 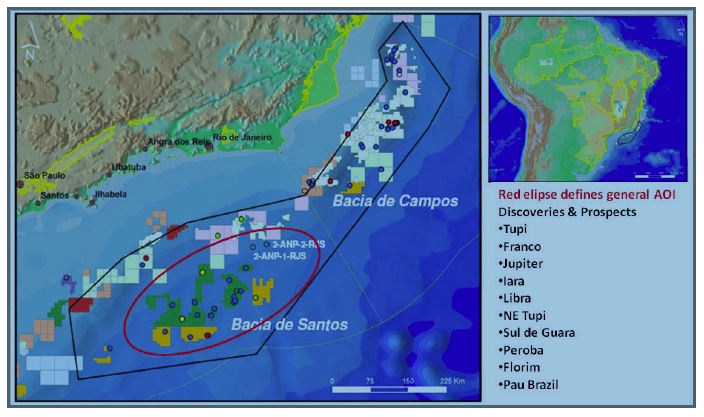 In 2012, Jupiter North-East well appraise indicated the continuity of the reservoir and a consistent presence of associated gas and condensate.

Lying by 2,161 meters depth and 5,438 meters of total depth in the Block S-24, Jupiter is located 280 kilometers far from Rio de Janeiro on the Brazilian shore.

At such distance from shore, Petrobras and Galp evaluate the technical and commercial challenges to develop Jupiter in addition to its ultra-deep water conditions.

In Jupiter, Petrobras and Galp share the working interests in such a way that:

– Petrobras 80% is the operator

In addition to the challenges mentioned above, Jupiter confirmed to hold, as most of the pre-salt fields, a significant rate of carbon dioxide (CO2) in similar way to Lula, the giant pre-salt field discovered previously Jupiter.

Since its discovery, Petrobras and Galp revised upward Jupiter its oil and gas reserves currently estimated to:

In addition to these estimations, Petrobras and Galp rely on potential upsides to lift again Jupiter oil and gas reserves.

Petrobras and Galp are investigating all the technological solutions to develop Jupiter despite its ultra deep reservoir, extreme distance from the shore and high content of CO2.

Regarding the crude oil, natural gas and condensate, Petrobras intends to proceed in the same way in Jupiter as other pre-salt fields with a treatment on board the FPSO before being exported. 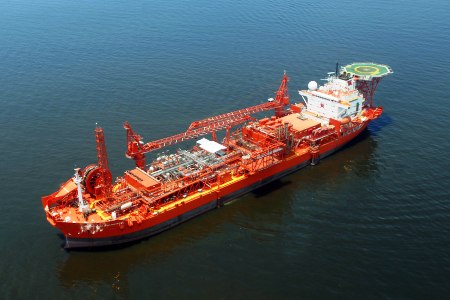 But for the CO2 Petrobras is considering to re-inject it in Jupiter reservoir for enhanced oil recovery (EOR).

Still under test, Petrobras is currently running a pilot project in Lula to re-inject the CO2 in the reservoir.

Because of the nature of the oil, in Lula and in Jupiter, the gas injection techniques will not be enough to reach viable recovery rates from the in-place reserves.

Therefore Petrobras and Galp will have to also use the water flooding techniques.

Through the tests programs, Petrobras and Galp must determine the optimized combination of the gas and water alternate injections to apply to Lula and then into Jupiter.

Then Petrobras and Galp will evaluate the number of FPSOs should be deployed in Jupiter with the first unit to be moored by 2019 according to Petrobras strategic plans.