The State wholly-owned Petroleos Mexicanos (Pemex) is expecting the future constitution in Mexico to boost the development of the deep offshore gas field Lakach in the southern part of the Gulf of Mexico.

In 2005, Pemex launched a large exploration campaign in the Mexico deep water of the Gulf of Mexico in order to compensate the depletion of old fields such as the giant Cantarel.

Along this campaign, Pemex discovered the Lakach non-associated gas field by 988 meters of water depth. 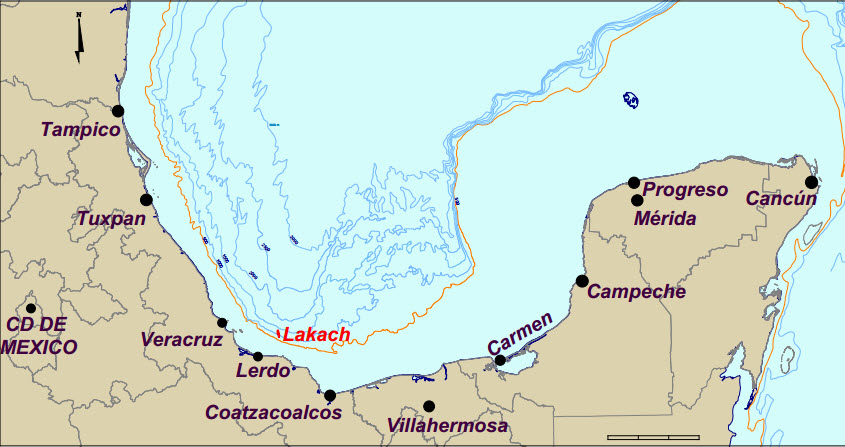 After several exploration and appraisal wells, Lakach was estimated in 2013 to hold 1.3 trillion cubic feet (tcf) of 3P gas reserves with still significant upsides to be tested.

With these reserves, Lakach is ranking as the fourth largest gas discovery in Mexico.

Located 131 kilometers northwest of Coatzacoalcos in the state of Veracruz, Lakach is distant from the nearest shore by only 55 kilometers.

Because of its short distance from shore Pemex considered immediately to develop Lakach as a tie-in directly connected onshore despite all the challenges related to the deep water.

Since all the offshore exploration and production in the Mexico part of the Gulf of Mexico was concentrated on near shore or shallow water of the Mexico Continental Shelf, Pemex had so far never experienced offshore deep water development.

In addition the actual constitution is preventing Pemex from any partnership or joint venture with foreign companies to share expertise against resources.

In March 2013, Pemex awarded the project management consultancy (PMC) contract to a consortium made of the engineering companies Petrofac and Doris Engineering (Doris).

Through this PMC contract, Petrofac and Doris provide Pemex with their technical expertise in subsea production system from the design phase to the construction and start-up in Lakach.

In parallel, Mexico Government is at work to make the new constitution approved to allow foreign companies to invest in Mexico through joint venture with Pemex or the Hydrocarbons National Commission (CNH) representing the State interests.

In the meantime, Pemex has called for tender the engineering, procurement and construction (EPC) contracts for the three main packages:

– Export pipelines from the seabed to shore

Despite the 55 kilometers from shore the steep relief of the seabed imposes the export pipeline to make a 142 kilometers loop before reaching the shore. 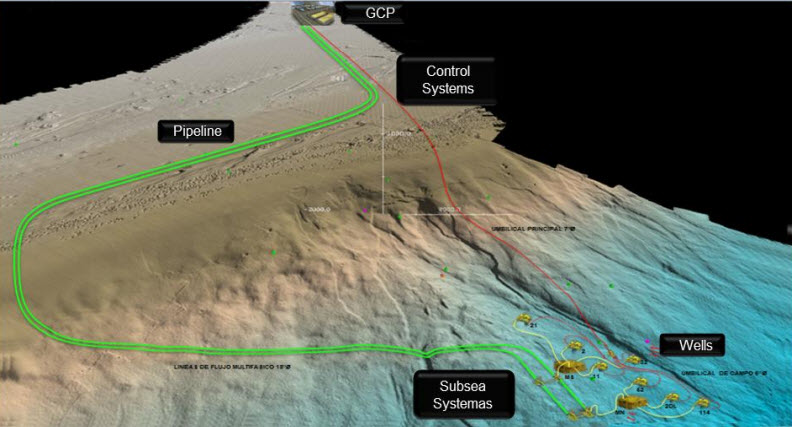 Then Pemex intends to deploy the deep offshore technology introduced for Lakach to the neighboring gas fields in Piklis and Punah.

In respect of all the still unexplored fields in this area, Pemex has sized the onshore gas central processing facility to 500 million cubic feet per day (cf/d)/

CPF gas CPF should be located at Lerdo de Tejada.

In awarding the EPC contracts on mid-2014, Pemex expects to run Lakach as its first deep offshore project by end of 2016.