The London-based junior company Ophir Energy plc (Ophir) has appointed the engineering company Petrofac from UK, to support them for the development of the natural gas reserves held in the Block R, offshore Equatorial Guinea on the west coast of Africa.

While listed in UK with main operations office in Perth, Ophir is focusing on Africa for exploration and production opportunities, mainly in Gabon, Ghana, Kenya, Tanzania and Equatorial Guinea. 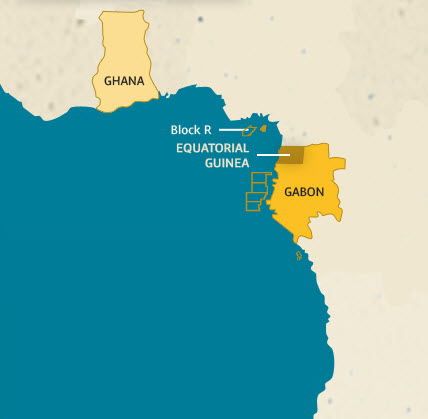 Only established ten years ago, in 2004, Ophir took over the Block R in 2006 as operator with 100% working interest until the field should be declared commercially viable.

At that time the national oil company (NOC), GEPetrol will be entitled to exercise its 20% shares provision, leaving the remaining 80% to Ophir at that time.

Located in the southeast part of Niger Delta, the Block R covers 2,450 square kilometers by water depth ranging between 600 meter and 1950 meter.

At this stage Ophir estimates the Block R gross 2 C reserves to 2.6 trillion cubic feet (tcf) of natural gas with still significant upside reserves to be tested in gas and deeper reserves to be drilled out.

If we consider the simple rule that each tcf of gas reserves can feed 1 million tonnes per year liquefied natural gas (LNG) train, the actual discoveries in the Block R justify to build LNG export facilities.

In this context, Ophir considered two options to develop this gas:

– Plan A is based on a conventional design combining an offshore platform connected by a 140 kilometers subsea gas pipeline to the existing LNG Trains operated by Marathon at Punta Europe on the Bioko Island and that could be expanded with additional LNG Trains.

– Plan B is more simple and innovative in mooring a floating LNG (FLNG) vessel in the Gulf of Guinea. 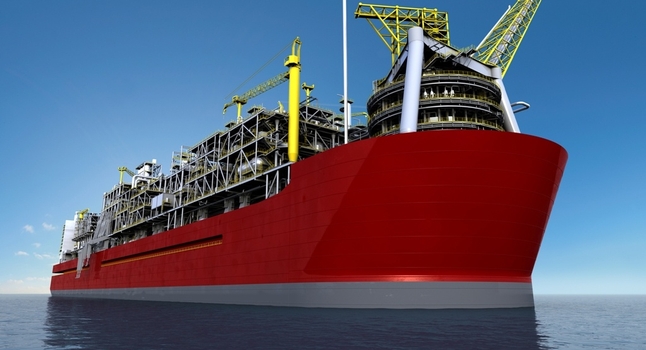 Considering that the Plan A is more capital intensive than the Plan B, Ophir is now giving the priority to the FLNG solution.

In chartering the FLNG, Ophir will preserve its financial capacities to continue to exploration of the Block R and quantify the detected upside oil and gas reserves.

In this perspective, Ophir mandated Petrofac to align upstream and midstream scenario for the development of the Block R with a FLNG.

In the view of the final investment decision (FID), Petrofac is expected to formalize the Field Development Plan and to analyze the offers of the companies proposing different FLNG concepts.

After the qualification of engineering companies from USA, Europe and South Korea for this 2.5 million tonne per year (t/y) FLNG, Ophir and Petrofac selected only two teams of contractors to move forward in the competition.

Next quarter, Ophir, supported by Petrofac, should award the front end engineering and design (FEED) contract in order to make the final investment decision in 2015 and start commercial operations of this first Equatorial Guinea FLNG by 2018.