On Friday April 10th, the OPEC members and the non-OPEC oil producing countries, the so-called OPEC+, signed an agreement to cut the crude oil production by 9.7 million barrels per day (b/d).

Here we can notice that Russia is part of the OPEC+ while USA is not.

This point is rather important as USA was pushing OPEC+ to reduce its production while these OPEC+ countries, especially Saudi Arabia and Russia, see USA as the source of the oil oversupply with the emergence of the shale oil these last years benefiting from high crude oil prices.

This reduction of nearly 10% of the global production should apply on May and June giving a couple of weeks to the producers to adapt their operations accordingly.

Even if this reduction target of approximately 10 million b/d looks a bit far from meeting the collapse of the consumption somewhere between 20 and 30% because of the Covid-19 global confinement, it may prove to be a smart level to manage the competition between OPEC, Russia and USA in a smoother way.

The graph below represents the oil production costs per country. 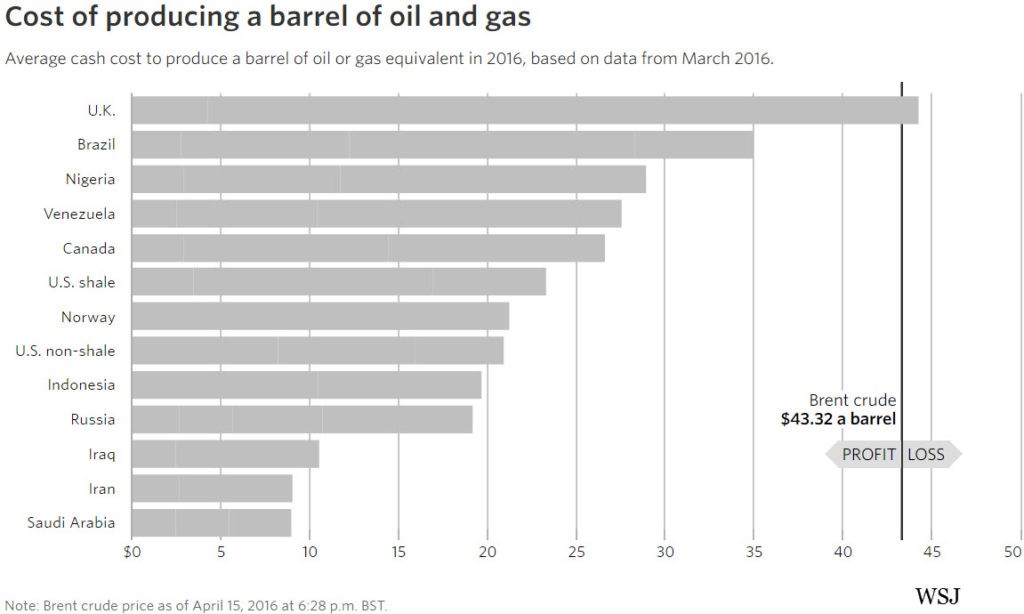 It shows how much Middle-East Countries and Russia lead the competition ahead the rest of the World, and how USA is split between conventional (non-shale oil) and unconventional (shale oil).

In addition the dispersion of the costs around the average value is very large, from one to five, in shale oil depending on the field and the operator, while it is much more concentrated on conventional.

In this context, the 10 million b/d reduction seems to be the perfect target to set a new barrel price to fall in between best performing US companies and the others.

Same impact will appear globally, speeding the market dichotomy between the companies taking advantage of this new deal and the others.

From the previous Newsletter, we could see how much the operating companies are not equal in front of the consequences of the Covid-19 and Barrel price impact.

This newly signed OPEC+ agreement will not erase this impact but will speed up the market dichotomy instead.

The table represents the capital expenditure (Capex) of 917 future projects above $100 million Capex each, whereas the IOCs are in blue and represent 18%, the NOCs in red dominate with 55% and the Independents in green weight 27% 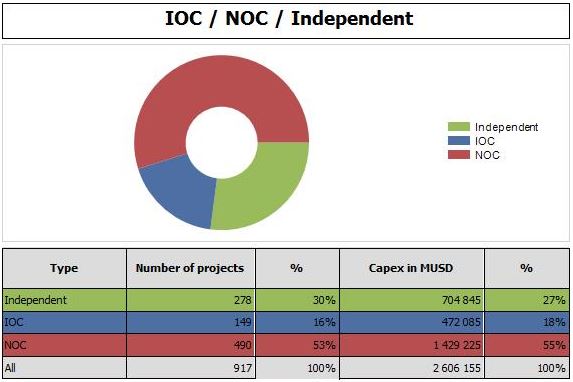 With this new OPEC+ agreement these different profiles of operators will react differently.

The IOCs, will not come back on their previously announced capital expenditure (Capex) shortages, this 10 million b/d reduction is still too far from a restoration of their balance sheet, they should need 15 to 20 million b/d production cut to smile again.

The NOCs, will compensate in margin what they are losing in volume, which is not the case of the IOCs.

Since the 2000s year, when the producing countries renegotiated their agreement with the IOCs, most of the revenues of the IOCs are not longer based on the barrel price but on remuneration fees, a few dollars per barrel, signed through the production sharing contracts (PSC).

Therefore the fluctuations of the barrel price have a major impact on IOCs Capex but limited on their operating expenditure (Opex), thus cash-flow.

Instead, the NOCs will benefit fully from the decisions made this weekend, encouraging them to invest in counter-cycle as usual as shown below: 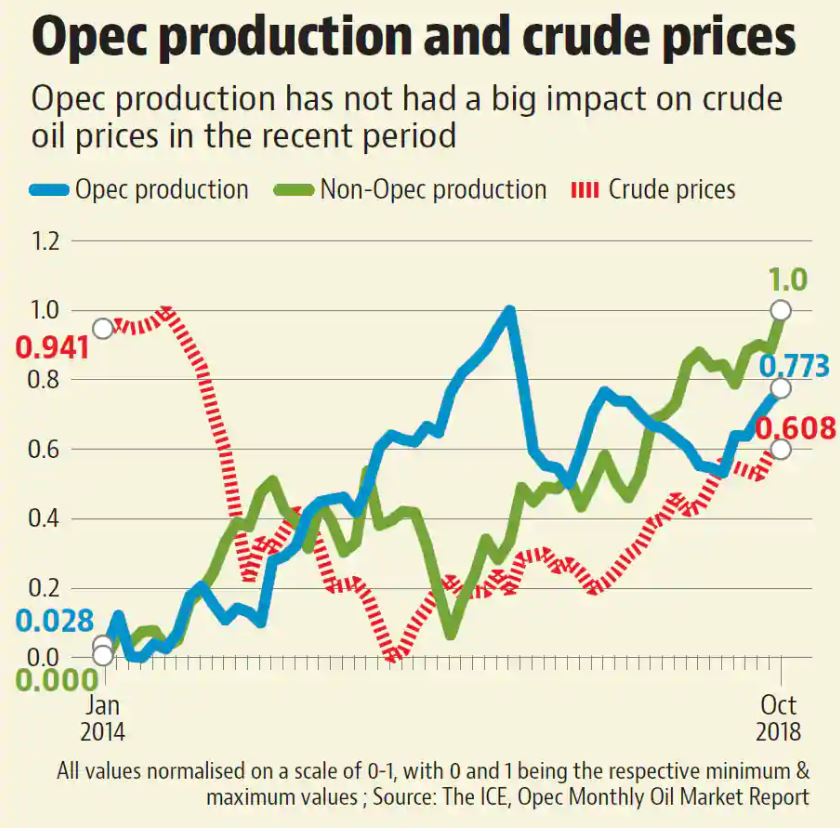 This curve refers to the previous 2014 barrel price crisis and shows how OPEC countries increase their production while the barrel price comes down.

With massive investments, the NOCs take advantage of the low costs of the projects to restore their market share, maintain their local economy and sustain their social stability.

Regarding the Independents, the situation is more complex as it will depend on their activity, Upstream, Midstream or Downstream.

The independent companies operating Midstream and Downstream take advantage of the situation, while on Upstream, it will depend on their level of debts and costs level.

Overall, we should see the Independents companies to seize this Easter weekend decision to speed up their consolidation without triggering financial disaster.

In conclusion on this 10 million b/d production cut, we see the market accelerating its dichotomy as illustrated below. 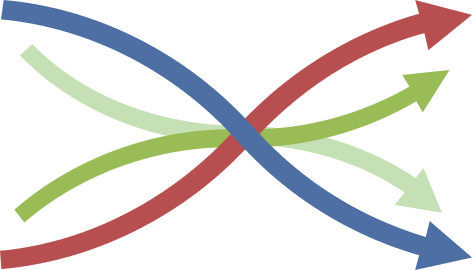 In blue, the IOCs will just put more pressure of the breaks in waiting a more effective recovery, their market share should decline from the current 18% down to 12% or 10%, depending on how severe they stop Capex, especially in exploration.

In red, the NOCs will find more breath to fuel their investments and prepare a potential rebound at the end of the confinement, they should go bullish from 55% to 60% market share in the next two years.

In green, the Independents will split between winners and losers, and maintain their market share around 30%, as we saw it the gas and liquefied natural gas (LNG) market where prices are very low, with best-in-class, absorbing others’ assets in attractive conditions.

To get regular news about the Oil & Gas market, you can subscribe to our newsletter at this link

To know everything about the market, one solution:

3 thoughts on “OPEC+ Agreement to Speed up Market Dichotomy”