The independent Canadian company Kitsault Energy (Kitsault) is proposing the liquefied natural gas (LNG) export terminal project offering the shortest way from the shale gas fields in the north of British Columbia in Canada to Asia.

With a lot of natural resources and no unemployment issues, Canada is pushing all opportunities to lead the gas race to Asia. 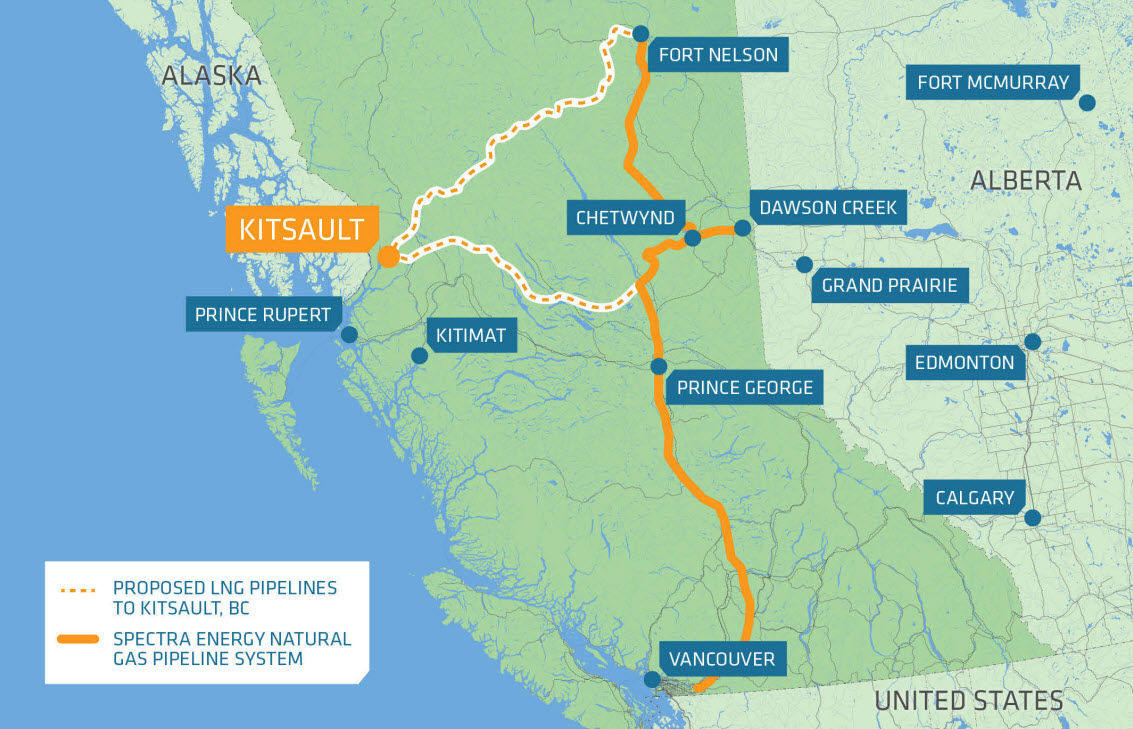 Among the dozen of LNG export terminal project flourishing on the west coast of Canada, Kitsault Energy Project has been investigating the shortest route from the shale gas fields in the north of British Columbia, Alberta  and Asia.

In the 1980s, Kitsault was busy with molybdenum mining activities leaving all the infrastructures for the revival of a local industry at minimum impact on the environment.

Kitsault is fully distributed in electricity by BC Hydro Power utility.

In this context, Kitsault Energy is willing to propose a Kitsault LNG project minimizing capital expenditure in respect with the submitted export license of 20 million tonnes per year (t/y) of LNG during 25 years.

To do so, Kitsault Energy Project should include:

For the pipeline, Kitsault is considering with Spectra Energy two pipelines to connect with its existing Natural Gas Pipeline System, in the north at Fort Nelson and in the east at Chetwynd. 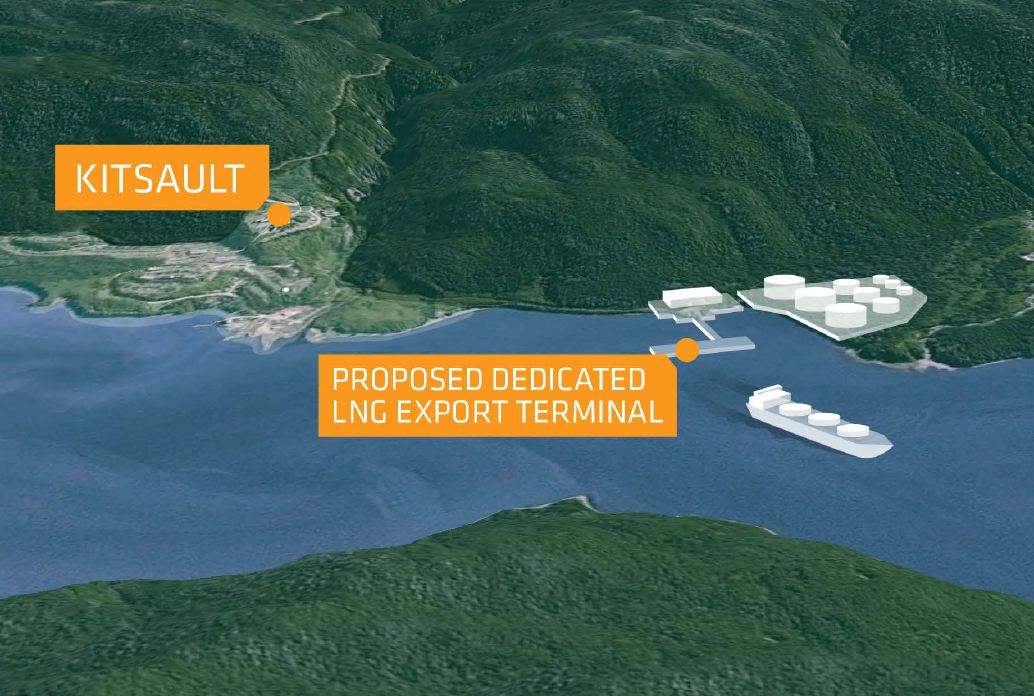 Because of its size, Kitsault Energy Project will be developed in phases.

Therefore Kitsault LNG project phase one should include:

Kitsault Energy selected the FLNG concept as it provides the shortest track for environmental approval, design and construction.

With 5 million t/y LNG trains, Kitsault Energy is planning to expand its project by same size additional LNG trains in second phase together with the construction of the second pipeline.

These additional LNG trains should be built onshore.

Because of the available power supply, Kitsault made also the decision to use electrical drives technology to run its LNG trains.

Even if this solution may increase the capital expenditure, compared with conventional gas turbines, it reduce significantly the operating costs by much higher efficiency and longer operating periods.

Kitsault Energy is currently completing the costs estimates for the Kitsault LNG project phase-1 to be built on fast track for commercial operations to start in 2018.