This project is part of the petrochemical development program of the Republic of Kazakhstan to monetize the abundant gas production from Tengiz and its future growth projects.

KPI was established in 2004 by Kazakhstan decree to support this program with stakes shared between:

SAT & Company is active in the steel industry.

The project is planning to take advantage in a first stage from the natural gas liquids (NGL) such as propane to manufacture polypropylene, and in a second stage from the ethane to produce ethylene and following polyolefins.

At the end the Atyrau petrochemical complex should include:

To be located in the north of the Karabatan region, KPI selected a site 33 kilometers northeast of the Atyrau City because of existing infrastructures.

In March 2009, KPI signed a contract with Tengizechevroil, the joint venture between Chevron, KazMunaiGas, ExxonMobil and LukArco, for the supply of six to seven billion cubic meters of gas to its Atyrau Petrochemical complex.

In April 2011, KPI selected the Lummus technology from CB&I for the propane de-hydrogenation (PDH) process and the Polypropylene unit.

In addition to this license agreement, CB&I Lummus provided the basic engineering for these two units.

For the conversion of the propane into polypropylene, KPI will use the CATOFIN technology.

in June 2013, KPI awarded the EPCC contract for this first phase of the project to the Beijing-based Sinopec Engineering Group (SEG).

SEG is the new engineering entity of the Chinese national oil company (NOC) Sinopec where all its engineering activities previously associated to the so called Chinese Institutes are concentrated and re-organized. 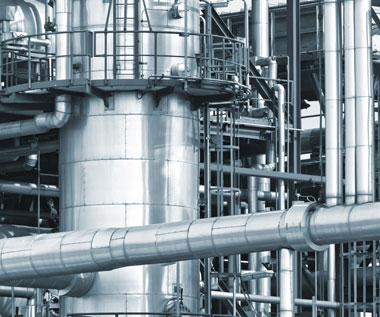 With this contract, Sinopec committed to buy all the polypropylene of the complex.

The EPCC contract awarded to SEG for the first phase of this Atyrau Petrochemical Project should have the following capacities:

This first stage of the Atyrau Petrochemical Project will require KPI to invest $1.85 billion capital expenditure.

The second stage of the project should have the production capacities:

LyondellPasell was originally involved in the project with some shares but in 2010, it decided to withdraw from the project.

In August 2011, KPI awarded the $4.2 billion contract to LG Chem from South Korea for the engineering, procurement and construction of this Atyrau Petrochemical Project second stage.