Nakhodka is located in the Vladivostok region, in the East of the Russian Federation.

Rosneft’s VNHK is planning in this project to produce:

– a range of other polymers and derivatives

Capacity of petrochemical complex is to treat 3,4 million t/y of feedstock. 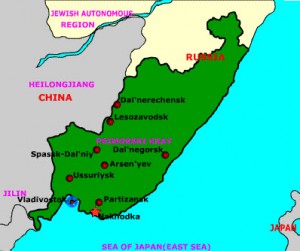 – Innovene PP – gas phase technology for the production of polypropylene

To make its decision on last quarter 2011, VNHK assessed the proposed licenses in respect with criteria related to the most advanced petrochemical production in global practice, the newest processes, the reduction of the environmental impact and the highest industrial safety level for the future production.

This is a second award for Ineos Technologies by Rosneft companies since  JSC Angarsk Polymer Plant in Angarsk, Russian Federation had already selected Innovene S PE technologyfor its HDPE unit in 2010.

Rosneft has a refining capacity of 369 million b/d and is actively involved in expanding and upgrading its refineries to:

– Enhance further the balance between crude output and refinery throughput

Engineering work is now underway to make the Nakhodka project a success.

Ineos is a young company which has grown up through a series of acquisitions to become a leading chemical company with sales today around $ 40 billion. 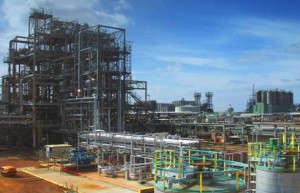 Focusing on the chemical or oil industry, the integrated companies arrived at Ineos from companies such as BASF, Bayer, Borealis, BP, Degussa, Dow, Enichem, Hoechst, ICI, Norsk Hydro and Solvay.

Within Ineos, Ineos Technologies is a leading developer and licensor of technologies for the global petrochemical industry.

It offers the broadest range of petrochemical technologies on the market today and also supplies catalysts, additives and coatings.

Rosneft is the leader of Russia’s petroleum industry, and ranks among the world’s top publicly traded oil and gas companies. 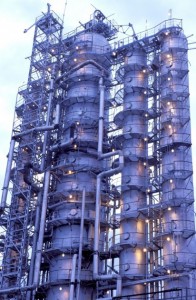 Rosneft is primarily engaged in exploration and production of hydrocarbons, production of petroleum products and petrochemicals , and marketing of outputs.

Rosneft has been included in the Russian Government’s List of Strategic Enterprises and Organizations.

The state holds 75.16% in the Company (through OJSC ROSNEFTEGAZ), while approximately 15% of shares are in free-float.

Rosneft is widely engaged in exploration and production across all key hydrocarbon regions of Russia: Western Siberia, Southern and Central Russia, Timan-Pechora, Eastern Siberia and the Far East.

Rosneft’s seven major refineries have convenient locations throughout the country, from the Black Sea coast to the Far East, and the Company’s retail network covers 41 regions of the Russian Federation.

While Rosneft is signing strategic partnerships with ExxonMobil, Statoil and ENI to boost its upstream activities, its Vostochnaya Neftechemicheskaya (VNHK) petrochemicals project will use polymers Ineos Technologies to scale up revenues on the downstream business with high added value petrochemical products in both domestic and global markets.