The key factor that prompted the companies to sign the agreement was the steps taken by the Government of the Russian Federation to introduce tax incentives for offshore production, including cancelling export duties and introducing a reduced Mineral Extraction Tax rate of 5-15% depending on project complexity. The Russian Government also offered guarantees that the favourable tax regime will remain in place for a prolonged period of time. 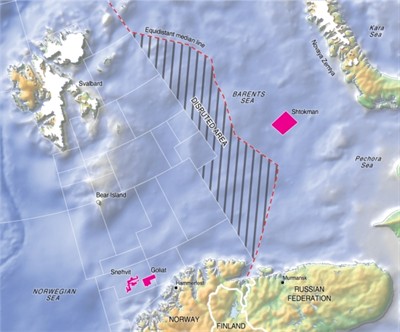 After the Strategic Agreement signed with ExxonMobil to explore three blocks in the Kara Sea, Rosneft has signed with ENI to jointly explore fields in Russian sections of the Black Sea and Barents Sea and exchange technology and staff. 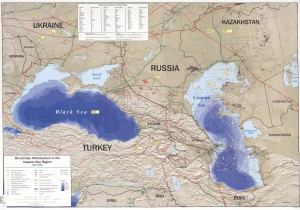 The agreement, signed by Rosneft President Eduard Khudainatov and ENI CEO Paolo Scaroni, envisages cooperation between the parties to set up a joint venture to explore the Fedynsky and Central Barents fields in the Barents Sea and the Western Chernomorsky field in the Black Sea.

ENI will hold 33.33% in the joint project. The agreement stipulates that ENI will finance comprehensive geological exploration work to confirm the commercial value of the fields.

The deposits are estimated to hold total recoverable resources of 36 billion barrels of oil equivalent.

The Barents Sea fields are very promising due to their proximity to an offshore area in Norway in which at least three large fields have been discovered in recent years. Seismic data and the recent discovery of hydrocarbons in the Romanian section of the Black Sea mean it is highly likely that oil and gas will be found at the Western Chernomorsky field.

ENI’s technological contribution to the joint venture is expected to be significant given the company’s extensive offshore experience in Norway and other countries.
In addition, the agreement anticipates a programme of staff exchanges at all levels. This will strengthen relationships between the companies and help share management experience.

Rosneft President Eduard Khudainatov said: “The comprehensive agreement signed today is further proof that Rosneft is committed to doing business with world-class majors that have offshore production expertise, cutting-edge technologies and are ready to invest in long-term hi-tech projects in Russia. I strongly believe that our partnership will help boost the two companies’ resource base and capitalisation.”

Helped by the new Russian tax incentive program, the Rosneft Strategic Cooperation Agreements signed with ExxonMobil and ENI should see more to come to boost the Arctic Oil and Gas exploration.