After ExxonMobil and ENI, Rosneft extends its domino strategy to Statoil

The cooperation agreement also provides Rosneft with an opportunity to acquire interests in selected Statoil exploration licences and assets in the North Sea as well as in the Norwegian sector of the Barents Sea.

Pursuant to the final agreements Statoil will fully finance geological exploration work at these blocks in line with approved programmes. It is agreed that Statoil will reimburse historical expenses incurred by Rosneft, as well as 33.3% of expenses incurred by the Russian company during the course of license acquisition. Furthermore, the agreement provides for the possibility of one-off bonuses to be paid by Statoil to Rosneft for each commercial oil & gas discovery in accordance with the final agreements.

The companies plan to jointly develop the deposits if commercial reserves are discovered.

The companies have agreed on a programme to exchange and further develop technology and competence relevant for arctic offshore and unconventional exploration and production.

The agreement also covers Rosneft’s participation in the exploration of license blocks in the Norwegian part of the Barents Sea, as well as the possible acquisition by Rosneft of interests in Statoil’s international projects. 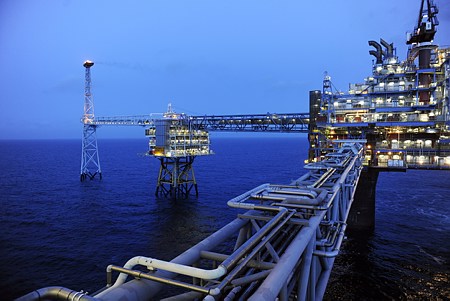 The agreement envisages cooperation between the companies in setting up a joint venture where Statoil will hold a 33.33% stake to explore the:

– Perseevsky licence in the Russian part of the Central Barents Sea

– Three licences – the Kashevarovsky, Lisyansky and Magadan-1 – north of Sakhalin island in the Sea of Okhotsk.

The four offshore licences cover an area of more than 100,000 square kilometres, equalling approximately 200 blocks on the Norwegian continental shelf.

In addition, Rosneft will have the unique opportunity to acquire stakes in Statoil’s exploration and development projects and assets at blocks in the

– Norwegian section of the Barents Sea.

– At the Extra Heavy Crude Oil North-Komsomolskoye field in the Yamalo-Nenets autonomous district of West Siberia. Here Statoil can contribute with experience and competence from both Brazil and the Norwegian continental shelf to unlock the potential of this significant non-producing greenfield.

– At the shale oil play in the Stavropol area in the Stavropol territory in southwestern Russia. There Statoil can bring its unconventional oil experience from the USA to the benefit of this proven, unappraised play.

Rosneft and Statoil also announced intentions to place orders with Russian shipyards for the construction of ice-class vessels and drilling rigs platforms.

After years during which Russia was moving slowly in front of the multiple challenges of the new oil & gas fields to be developed, the Government has taken decisive measures to gear it up in order to meet Russia future needs by 2020. These measures cover:

– Strategic and long term agreements, signed field per field with foreign companies having the key expertise fitting with the selected fields

In addition to its historical role in the gas sector where it faces fiercer competition from the shale gas, Russia is adjusting its business model to sustain its home made Market Leadership in the oil industry.