Since Gazprom, Total and Statoil could not make the final investment decision (FID) in June 30th on Shtokman despite $1.5 billion capital expenditure already spent in the project, some major changes were expected in the project. 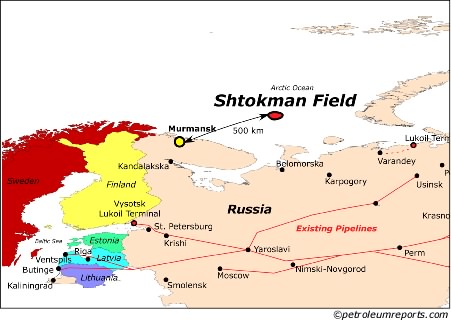 Statoil‘s decision to withdraw from the project, writing off $336 million, is the first one.

The so called joint venture Shtokman development AG (SDAG) between Gazprom, Total and Statoil had been established in 2008 for the Shtokman phase 1 with working interests:

At that time the project capital expenditure were estimated at $15 billion for this Shtokman phase 1.

But very quickly these costs escalated to $20 billion then to $30 or $40 billion by the accumulation of requirements to produce 50/50 natural gas and LNG.

Discussions also appeared during the pre-front end engineering and design (pre-FEED) on the conceptual development between a classical FPSO and a FPO plus a 550 km pipeline across the Barents Sea to the shore.

These discussions between these two solutions never fully ended as fueled by the costs escalation during the FEED until the FID day.

Gazprom to look for partners to redesign Shtokman

– Shtokman phase 1 will be to produce only LNG.

– Set a new partnerships only with companies well aligned on the conceptual design of the project. 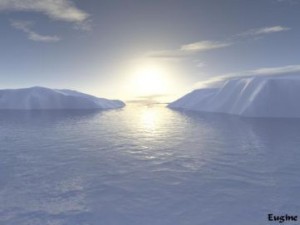 In this context, bringing a new partner in SDAG would have turned the joint venture even more challenging to manage for Gazprom.

In addition Gazprom had no intention to drop any percentage of its 51% working interest in the Shtokman phase 1 project.

Therefore someone from Statoil or Total or both had to withdraw to give a chance to the project to continue in a new form.

As the FID could not be made on June 30th, all the partners of the SDAG joint venture, Gazprom, Statoil and Total exited their respective shares.

Then Statoil formally wrote off the $336 million investments left in the joint venture while still saying to keep contact with Gazprom.

Since Total confirmed to believe in the potential of the Shtokman phase 1 project and be willing to continue as long as financially acceptable.

After this clean up, Gazprom is leading discussion with all the Major companies interested in having operations in Russia and especially the ones which have a proven experience in:

New Majors to be involved in Shtokman LNG phase 1

Based on these criteria, Chevron, ConocoPhillips, ExxonMobil and Shell may be considered.

Chevron is running among the biggest LNG plants in the world.

ConocoPhillips has its own LNG process, Cascade developed jointly with Bechtel. 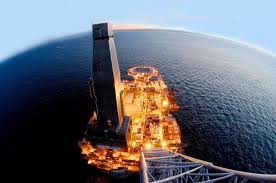 ExxonMobil and Shell are running the largest LNG installed base in the world and are already operating Sakhalin 1 and Sakhalin 2 respectively in Russia, they fit perfectly with Gazprom new requirements for partnership.

Shell confirmed to have discussion with Gazprom but without formal expression of interest so far.

In parallel ExxonMobil is gearing up the implementation of its Strategic Cooperation Agreement in Arctic sea with Rosneft, no sure that it may be interested in Shtokman.

For Gazprom, the Shtokman gas field development planned in three phases is strategic to compensate the depletion of maturing fields, thus to help Russia to sustain its economical growth based on oil and gas export revenues.

Therefore, this re-evaluation period for Shtokman phase 1 should not take too long.

Each one of the  Majors Chevron, ConocoPhillips, ExxonMobil or Shell may come up with its own solution to develop Shtokman, Gazprom shall evaluate these technologies before considering any new partnership, then Total may join again depending on financial aspects.