Gazprom and the Royal-Dutch Shell (Shell) met in Sotchi end of February to approve a memorandum of understanding (MOU) defining the roadmap to proceed to the Sakhalin II expansion project with the addition of a third liquefied natural gas (LNG) train at the existing Prigorodnoye plant at the south of the Sakhalin Island in Far East Russia.

This Sakhalin II third LNG train project was in intensive discussion between Gazprom and its partners Shell, Mitsui & Co (Mitsui) and Mitsubishi Corporation (Mitsubishi) as each member of the Sakhalin Energy joint venture had different views regarding such expansion. 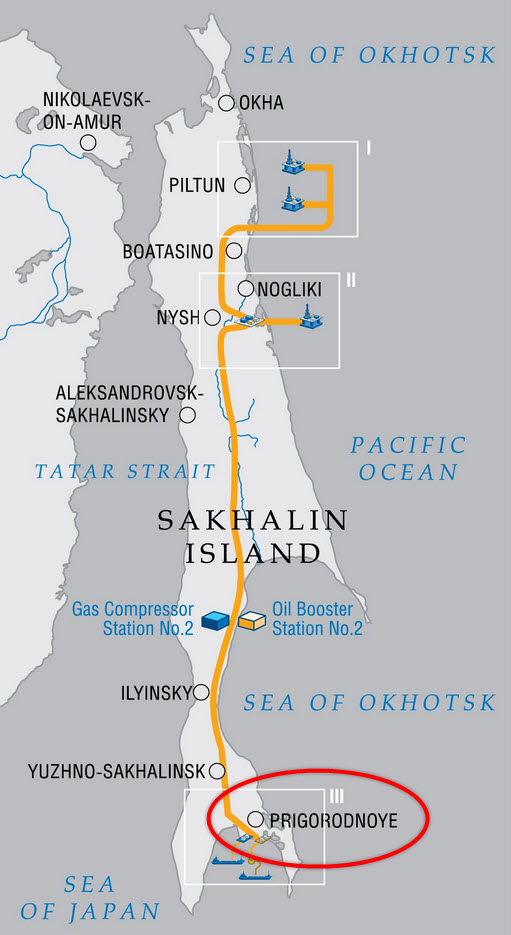 Through the first production sharing agreement (PSA) signed in Russia in 1994 with the Russian Federation Government, Sakhalin Energy holds since then one of the largest oil and gas production asset in Russia including:

In operation since 2009, Sakhalin II still remains as one of the largest LNG plant in the world as it exported to Asia in 2013:

In respect with the existing infrastructures, Shell and its Japanese partners Mitsui and Mitsubishi are pushing for the addition of a third LNG train that could optimize Sakhalin II expansion at low cost.

In parallel to Sakhalin, Gazprom is working on ts own on the greenfield Vladivostock LNG project on the Russia mainland to serve the same markets as Sakhalin Island LNG plants.

In the current race to secure Asia markets for the supply of LNG, Gazprom wanted to give the priority on its own Vladivostok LNG project before expanding Sakhalin II. 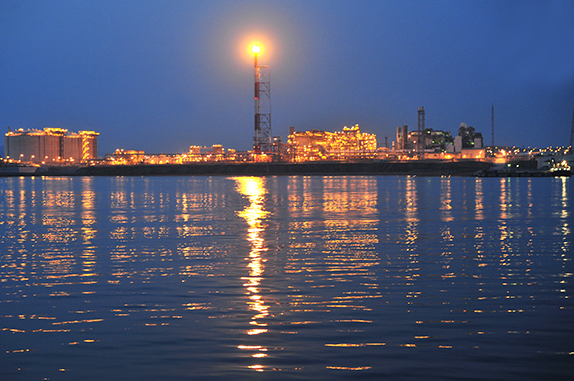 But a solution could be settled these last weeks as Gazprom obtained from Moscow to proceed with its three main LNG projects on the drawing board:

This decision is to support President Putin target for Russia to address 10% of the global LNG market by 2020.

Not presuming of Gazprom time frame to develop its own Baltic LNG and Vladivostok LNG projects, the addition of a third LNG train in Sakhalin II appears to all partners has the most secured and cost effective solution to contribute to Russia 2020 LNG production target.

In this context, Gazprom, Shell and their Japanese partners Mitsui and Mitsubishi, are preparing the call for tender for the front end engineering and design (FEED) work of this Sakhalin II Third LNG train so that the Sakhalin-2 Expansion project could start first shipment by 2019.