The super major company, ExxonMobil Corp (ExxonMobil) and its Canadian partner Imperial Oil (Imperial) submitted an application to the National Energy Board (NEB) to export up to 30 million t/y of liquefied natural gas (LNG) from the British Columbia West Coast to Asia.

With this initiative, ExxonMobil and Imperial will tease even more the fierce competition with the other projects of export LNG Plant previously announced along this Canada West Coast between Kitimat and Prince Ruppert in British Columbia.

With a capacity of 30 million t/y of LNG, ExxonMobil and Imperial export LNG terminal project should exceed in size all the other projects including the: 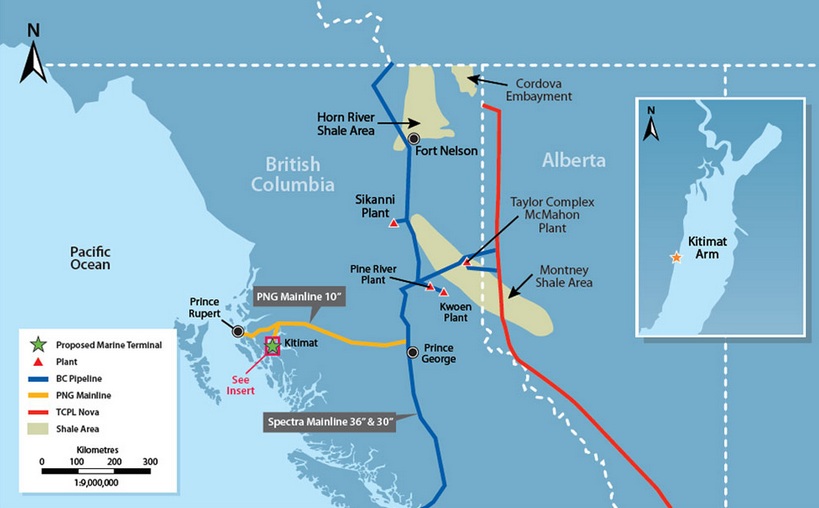 All together these projects represent nearly 100 million t/y capacity that may be built on the next five years.

At the scale of these projects Canada will join the club of the larger LNG exporting countries such as Qatar and Australia.

This rush of the major and junior companies on the Canadian West Coast results from three key factors. 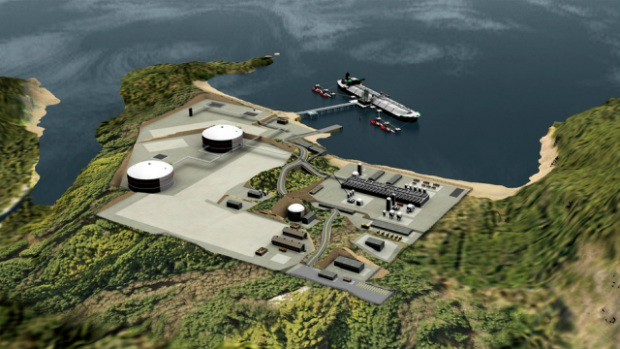 The first one relies on the quantity of unconventional gas available in British Columbia and Alberta, should a network of pipelines infrastructure be developed accordingly.

The second one stands in the short distance to export to Asia as the LNG carriers will need only 10 days to deliver East Asia (China, Japan, South Korea) instead of 24 days from the US Gulf Coast.

The third one results from the urgent necessity for the Alberta and British Columbia Province to find alternative markets to USA, their neighboring first customer becoming their first competitor on the hydrocarbons energy market.

In this context, ExxonMobil and Imperial are targeting to build a first LNG plant with 10 to 15 million t/y capacity that should come on stream in 2021 to 2023.

The final location of the project is not yet defined but ExxonMobil and Imperial intend to stay around the ice-free sea waters along the West Coast between Kitimat and Prince Rupert.