Based in Irving, near Houston, Texas, USA, Exxon Mobil Corporation (ExxonMobil) is listed in NYSE (XOM) and recognized as the world largest publicly traded international oil and gas company.

ExxonMobil holds the largest oil and gas resources among the international oil companies (IOC) with 87 billion of barrels of oil equivalent (boe).

ExxonMobil is also running the the world largest integrated refining capacity and lube base stock production.

Among the international oil companies, ExxonMobil is also operating the largest petrochemical activity.

ExxonMobil is covering the all the global businesses of the international oil and gas company across the:

– Downstream to refine crude oil and raw natural gas into transportation fuels, lubricants and feedstock for the petrochemical industry

ExxonMobil increases position in Russia in signing cooperation agreement with Rosneft for the exploration and production of the oil and gas in Arctic and to develop tight oil in Western Siberia. 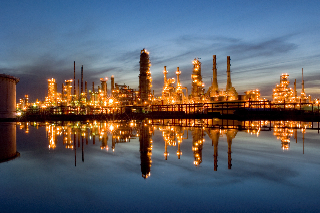 To benefit from the abundant and cheap natural gas from extracted now in USA from the shale gas, ExxonMobil submitted permit applications for a new ethane cracker and petrochemical facilities due to run in 2016 at the integrated Baytown complex on the US Gulf Coast in Texas, USA.

ExxonMobil and Saudi Basic Industries Corporation (Sabic), from Saudi Arabia, agreed to build a new 400,000 t/y elastomers facility in the existing petrochemical complex of Al Jubail in Saudi Arabia for a production expected in 2015.

2 thoughts on “ExxonMobil in brief”