Eni ready to sell 20% stake in Rovuma to CNPC

Although Eni from Italy and Anadarko Petroleum  (Anadarko) from US had decided to team up in the onshore part of Mozambique liquefied natural gas (LNG) project, the both companies are searching for separated partnerships to develop the super-giant natural gas fields of the Rovuma basin.

The size and complexity of the gas fields are pushing Eni and Anadarko to share risks and find solid partners to provide financing and technology expertise to manage such large offshore projects.

In October 2011 Eni takes hold of the permits in the Area 4 of the Rovuma basin. 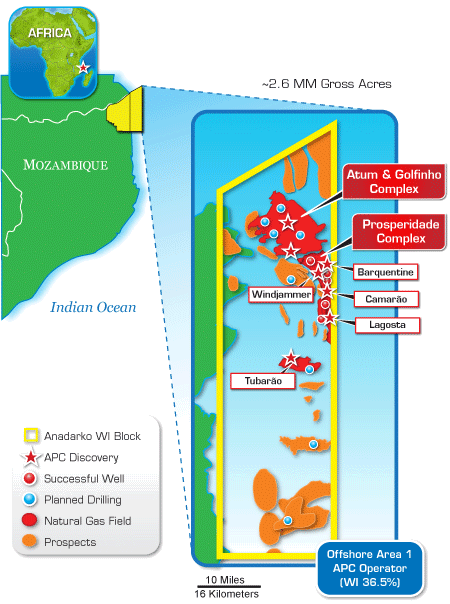 Since then, Eni is leading a joint venture with Galp Energia from Portugal, Kogas from South Korea and the local ENH where the working interests are shared such as:

Through a series of successful discoveries, Eni and its partners have accumulated more than 70 trillion cubic feet of natural gas reserves in-place.

While Australia is struggling with the ballooning costs of its multiple LNG projects, Eni sees an opportunity to save time and speed up the development of the Africa East Coast offshore fields in building up partnerships at the scale of the projects.

End of 2012, Eni and Anadarko signed a Memorandum of Understanding (MOU) to join forces in the Mozambique LNG project to develop the onshore part of their respective gas fields in the Rovuma Basin.

Through this MOU, Eni and Anadarko agreed to coordinate their efforts in their respective offshore fields and to build jointly the onshore LNG facility.

To do so they selected the location in the Cabo Delgado Province in northern Mozambique to phase up 10 LNG trains in the Afungi LNG Park.

Now Eni is looking for partners for the offshore part of the project who can help to secure the project.

In that respect, Eni is reported to be in discussion with China National Petroleum Corporation (CNPC or PetroChina), the largest Chinese national oil company.

The Chinese companies are already active in Africa and CNPC would offer to Eni and its actual partners to become a primary customer for the exported LNG in addition to contribute to the project.

Eni agreed to sell 28.57% of its own shares to PetroChina so that it would acquire 20% of the whole Area 4 license and would leave Eni with 41.43% of the working interest and the operatorship.

These 20% were sold for $4.21 billion, an amount in line with the previous acquisition of the Cove Energy 8.5% interests by the Thai national oil company PTTEP  in of the Area 1 of the Rovuma Basin for $1.9 billion.

Anadarko and Videocon to sell 20% of Rovuma Area 1

In respect with the prospects still to be explored, Anadarko and its partners estimate the recoverable reserves of the Area 1 to reach 100 tcf.

In September 2012, PTTEP had managed to take over the Cove Energy 8.5% stake in this joint venture for $1.9 billion in an intense battle with Shell, so that the working interests are currently shared:

As private owner of Videocon, the billionaire Venugopal Dhoot is looking to spin off its 10% interest in this joint venture far from its core business. 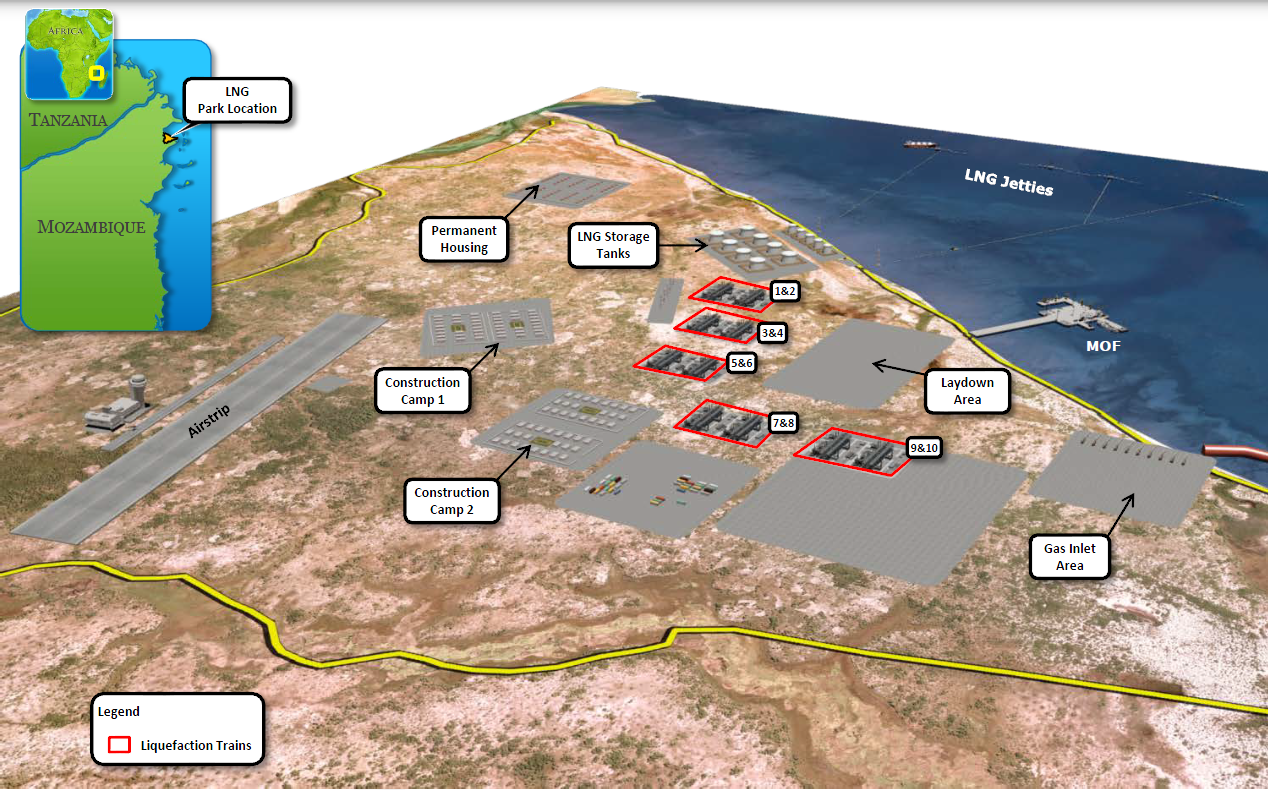 Standard Chartered and UBS have received the mandate to sell Videocon stake for $2.5 to $3 billion.

In parallel, Anadarko is interested in reducing its overall debts in making immediate goodwill on its interests in the Area 1 in putting for sale also 10% stake.

In total the available 20% shares of the Rovuma Area 1 may reach $4.5 billion for the interested companies.

Among the candidates, PetroChina is  mentioned as in discussion with Eni in the Area 4, then Shell could be interested in since it missed Cove Energy takeover, or ExxonMobil as not having yet major interests in the region.

Since the conceptual study selected by Eni and Anadarko to develop their respective interests in the Area 1 and the Area 4 of the Rovuma Basin is based on a conventional architecture with offshore platform, pipeline to shore, onshore LNG trains, they opened doors to the national oil companies who have not yet acquired the expertise of the high-tech floating LNG (FLNG) vessels reserved for now to major companies such Shell or ExxonMobil.

Through this potential partnership with CNPC, Shell, ExxonMobil, ONGC or Indian Oil, Eni and Anadarko expect to reduce their exposure in the Rovuma Area 1 and Area 4 projects while short cutting the time frame to develop their onshore Afungi LNG Park. already at competitive front end engineering and design (FEED) stage between JGC with Fluor Transworld Services, CB&I with Chiyoda, Bechtel for first production to come in 2018.