This expansion is part of the Chevron full field development program of the offshore Mafumeira oil and gas field. 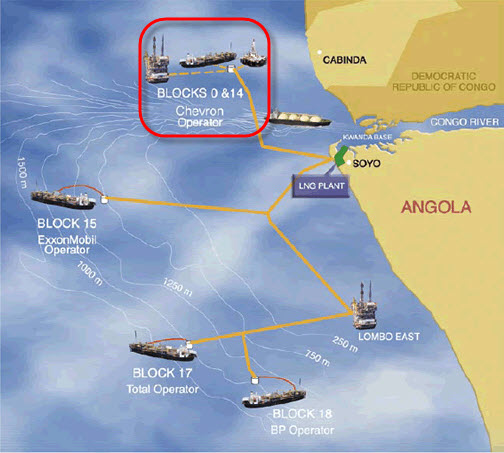 The Mafumeira field belongs to the licensed Block 0. lying in shallow water of 60 meters depth at 24 kilometers offshore west the coast of the Cabinda Province.

Chevron and its partners share the working interests in Mafumeira oil and gas field such as:

Chevron and its partners started operations in the north of Mafumeira in 2009 and so far extracted 340,000 barrels of oil and condensate.

Today, the production at Mafumeira Norte is exceeding 40,000 barrels of oil equivalent per day (boe/d).

As a result of the successful implementation and start into commercial operations in Mafumeira Norted, Chevron and its partners decided to move ahead with the development of the southern part of the field.

In May 2010, Chevron and its partners converted the pre-front end engineering and design (pre-FEED) awarded to AMEC into a FEED contract for the Mafumeira expansion project.

AMEC performed its FEED work from its Houston, Texas, office and in Luanda through Paragon Angola office.

From AMEC‘s FEED work conclusions on the Mafumeira Sul project Chevron and its partners are targeting the additional production capacities of:

According to the design proposed by AMEC to Chevron and its partners, the Mafumeira Sul project should include: 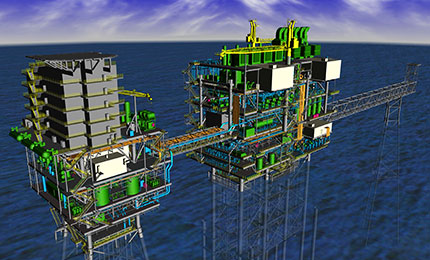 The oil and gas production will be extracted and processed offshore within the complex of five new platforms so that:

– Crude oil will be exported to the Malongo Oil Terminal

– Associated natural gas will be exported to the onshore Angola Liquefied Natural Gas (ALNG) plant located at Soyo in Angola.

In June 2012, Chevron and its partners awarded a $325 million contract to Saipem from Italy in joint venture with the local Sonangol‘s subsidiary Petromar for the Mafumeira Sul offshore engineering, procurement, construction and installation (EPCI) including two packages:

– EPCI3 for the offshore modifications and tie-in work on the Mafumeira Norte platform and the coming Mafumeira Sul platform.

– EPCI4 for the onshore pipeline section between the Mafumeira field and the Malongo Oil Terminal.

The work is to be performed between last quarter 2013 and second quarter 2015.

Then Chevron awarded the plaforms contract to the joint venture between Daewoo Shipbuilding & Marine Engineering (DSME) from South Korea and Mustang from the Wood Group in Houston, Texas.

In this decision DSME benefits from its strategy to develop the Paenal yard in Angola at the scale of the project in order to meet Chevron and Sonangol local content requirements.

The Mafumeira field is rich enough of oil and gas in the Block 0 of the area A, so that Chevron and its partners Sonangol, Total, and Eni are already investigating how to expand it further south in new fields in the southern Malongo area.