When Chevron and its partners made the final investment decision (FID) to develop the Gorgon LNG project, they were counting on 50 trillion cubic feet natural gas reserves from the Greater Gorgon area for 60 years lifespan production. 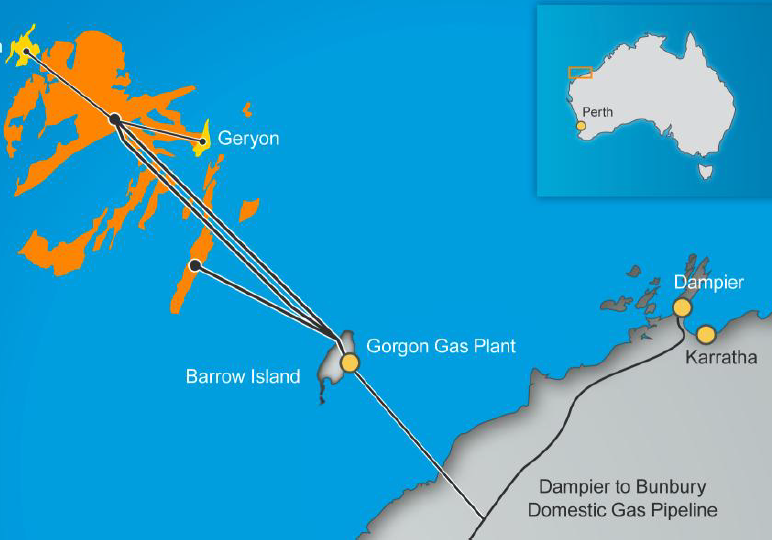 Widely spread between 135 kilometers from the coast for Gorgon and 200 kilometers for Chandon, these natural gas fields lye by water depth ranging between 200 meters and 1,300 meters allowing Chevron and its partners to consider their upstream development with subsea technologies only connected to the Barrow Island.

These Barrow Islands are 85 kilometers distant from Onslow on the Pilbara coast, at the perfect place to host the onshore part of the Gorgon LNG project.

Chevron is leading the joint venture to develop Gorgon LNG project with: 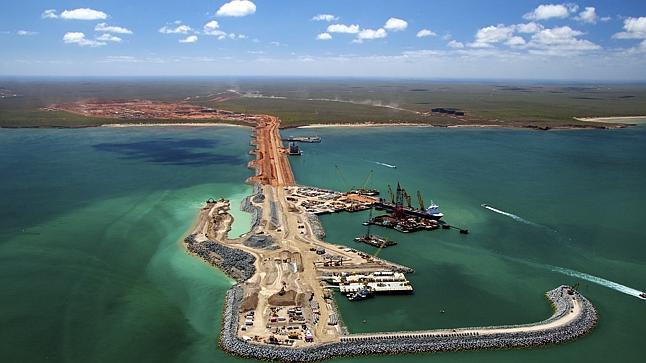 In 2005, Chevron and its partners selected the Kellog Joint Venture Gorgon (KJV-G) team of engineering companies to perform the pre-front end engineering and design (pre-FEED) of the Gorgon LNG project phase 1.

– KBR from Halliburton in USA

In 2008, this KBR led joint venture completed the front end engineering and design (FEED) work for the first phase of Gorgon LNG project.

In 2009, Chevron and its partners ExxonMobil, Shell and Japanese utilities made the FID and awarded the engineering, procurement and construction management (EPCM) contract to the KBR joint venture.

This Gorgon LNG project first phase is currently under construction and should come into commercial operations in 2015.

Based on the Barrow Island, the Gorgon Phase 1 project includes: 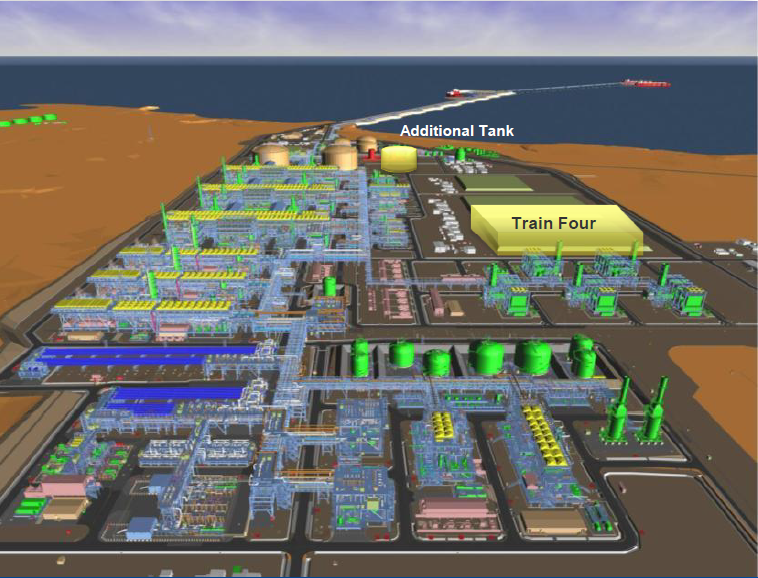 – Three LNG trains with a capacity of 5.2 million t/y each

Although the natural gas tested in the Greater Gorgon fields shows a high quality with low sulfur and carbon dioxide content, Chevron and its partners have decided to capture the carbon dioxide and to inject it again in the ground in order to reduce the carbon footprint of the project.

In the same way to reduce the environmental impact, Chevron and its partners required from the KBR joint venture to design and build the Gorgon LNG project facilities with pre-fabricated modules.

These modules are constructed and tested locally in Australian yards , then transported and assembled on site.

If this design looked to be a nice option in many aspects for a significant budget of $37 billion, the actual capital expenditure have blown up by 40% to reach $52 billion.

In this context, Chevron most active partners in gas fields development, ExxonMobil and Shell, are questioning the $12 billion Gorgon Expansion project which includes the LNG train 4 with additional storage capacities, and later the LNG train 5.

But in the meantime Chevron accumulates gas discoveries with in:

– April 2013, the Elfin-1 well drilled in the Exmouth Plateau area 170 kilometers northwest of the Barrow Island in the Greater Gorgon area.

With these discoveries Chevron is adding approximately 7 tcf reserves of natural gas to the 50 tcf previously targeted.

After cooling down the construction activity in Australia to reduce the costs, Chevron and its partners, ExxonMobil, Shell, Osaka Gas, Tokyo Gas and Chubu are considering to move the LNG train 4 of the Gorgon Expansion project into FEED phase in 2013.