On April 30th 2012, Woodside Petroleum (Woodside) and Shell, its partner in the Browse project of liquefied natural gas (LNG), signed an agreement on the technology for the floating LNG (FLNG) vessels that might be used to develop Browse. 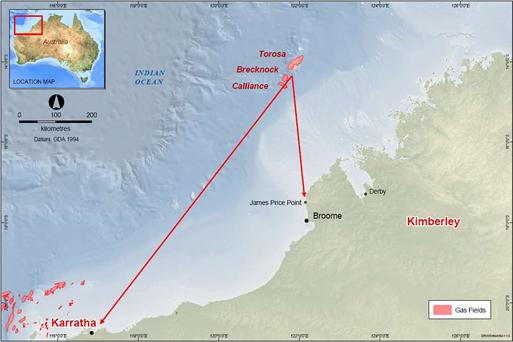 In 2012, Woodside has sold 15%of its own shares to the Japanese MIM and PetroChina had taken over the stake proposed by BHP Billiton.

In addition Chevron and Shell swapped assets between their respective stakes in Browse and Carnarvon, leaving Chevron free of  interests in Browse while Shell was increasing its stake.

All these financial operations were taking place along 2012 while the stakeholders could gaze at the capital expenditure for Browse LNG project spiraling up to $40 billion.

This scale effect on the costs motivated some companies to leave the project and some others to join in expecting some drastic changes.

Currently the situation between Woodside and the other stakeholders in Browse, is the following:

Since Woodside and its partners, took over Browse Retention Lease from the Australian Authorities in 2009, the development of the project was based on a conventional architecture with offshore production unit, pipeline to shore and onshore production with series of LNG Trains.

Budgeted to $30 billion, the escalation of the costs were reaching $40 billion even before the final investment decision (FID) due in June 2013.

In the meantime, all the key players of the LNG industry have realized that the floating LNG could become reality far before previously expected with some companies in the lead such as Shell or Petronas.

In making the no-go decision in April 13th 2013 for the original scenario, Woodside and its partners still have 20 months, up to December 2014 imposed by the Retention Lease, to define and agree on the alternative conceptual development.

Among these alternative solutions, Woodside mentioned:

– Pipeline to existing facilities in Pilbara

In addition to the costs review of these alternative solutions Woodside will also evaluate the consequences on the schedule of the project development. 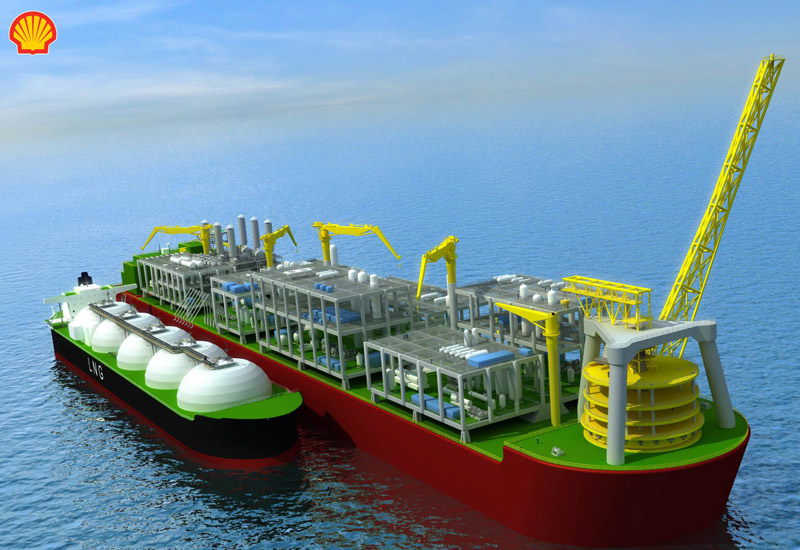 In signing an agreement with Shell about the FLNG technology that could be used in Browse FLNG, only two weeks after the no-go decision, Woodside states clear how much Browse remains and valuable asset as long as developed with a solution under costs control.

According to Peter Coleman, the CEO of Woodside, the FLNG solution offers the shortest track to Browse commercial production.

Based on Shell concept to “Design One, Build Many” the FLNG vessel for Browse could be produced as a replication of Prelude, currently under construction in South Korea, with a minimum of modifications and accepting evolution to ramp up production capacity.

In December 2012, Shell had signed with Technip from France a partnership for long term cooperation in the development of this FLNG concept, especially to increase capacity within the same size of hull.

Given the historical cooperation between Woodside and Shell representing more than 50% of the shares in the Browse project, Peter Coleman should not meet difficulties to convinces the other partners BP, Mitsui and Mitsubishi Corp, and PetroChina to vote also in favor of the Browse FLNG project for the final investment decision to take place in 2014.