As a result of the new oil export tax system, the national oil company YPF and Bridas Corporation (Bridas) signed a Farm-in agreement to explore and develop 663 square kilometers of oil shale fields in the Loma la Lata and Loma la Campana of the Vaca Muerta.

According to the Farm-in agreement, Bridas will pay $1.5 billion to take:

Then YPF and Bridas will share the costs for the exploration and development to drill 132 wells in the two blocks. 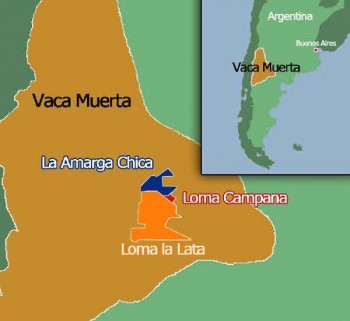 According to previous test wells, YPF and Bridas expect to produce crude oil and some wet gas from Bajada de Anelo.

In a second phase, Bridas will invest additional $500 million for further exploration and production.

This Farm-in agreement comes after ExxonMobil and Apache which signed with Americas Petrogas to explore Los Toldos and Totoral fields also in the Vaca Muerta.

The most important project was signed between Chevron and YPF in December 2012 for a $15 billion full field development program in a 290 square kilometers area of the Vaca Muerta expected to contain 22 billion barrels of oil equivalent (boe).

In a first phase, Chevron will drill a first series of 100 wells.

These investments from the foreign companies such as CNOOC or Chevron came in the same time as Argentina was working to the revision of its oil export tax system.

On January 7th 2013, Argentina published the new regulation applying to the shipments of crude oil from Argentina to export markets.

The intention is to motivate companies to invest again in Argentina crude oil exploration-production.

In 2007, Argentina set a 100% tax on the difference between the global crude oil market price and a reference price of $42 per barrel to reflect the local market. 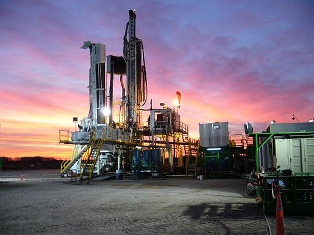 The intention was to protect the prices and deliveries on the domestic market in preventing the companies to export Argentina crude oil while Argentinians would run short of supply.

But with such a system, the companies had no chance to make any profit in exporting Argentina crude oil.

Therefore they did not invest anymore and left the fields depleting naturally so that export market was representing in 2012 only 10% of Argentina production.

In nationalizing YPF, the largest local company, Argentina was expecting to revitalize the domestic production.

But YPF contributes only to 35% of the oil production in Argentina while the remaining 65% are shared between more than 50 companies.

In the meantime the giant field of Vaca Muerta confirmed to hold unconventional oil and gas resources to propel Argentina among the world largest reserves owner countries.

Unfortunately the Vaca Muerta was discovered by Repsol only in 2011, which left the country in the meantime, so that its exploration and production still require a lot of time and money.

In this context, YPF had little chance alone to solve the short term production shortage issues.

With this new tax system, Argentina expects to motivate all the large companies having interests in the country, such as  BP through Pan American Energy, Chevron, ExxonMobil, CNOOC through Bridas, Shell, Sinopec through Occidental Argentina, and Total to contribute to the revival of the oil exploration and production in the country.