The french major company, Total and its partners, Basf–Wintershall from Germany and the local Pan American Energy (PAE), are proceeding with the development of the world utmost southern Vega Pleyade project offshore Argentina.

After years without investments to maintain oil and gas fields and explore new ones because of the tax scheme, Argentina is on the point to switch from the status of gas exporter to net importer.

In addition the seize of Repsol‘s interests by the Argentina Government in March 2012 had frozen the process of decision for further new developments.

But the new tax regulation enforced earlier in 2013 to authorize oil and gas export is motivating the foreign companies to move into execution their pending oil and gas projects such as Vega Pleyade.

Total started the exploration in Argentina in 1978 and since then has grown up production regularly to become the second largest producer of natural gas while Basf‘s oil and gas subsidiary Wintershall stands in fourth position.

Today Total provides Argentina with 30% of its gas local production.

With interests and operating role in the shale gas of the Vaca Muerta basin and in conventional gas fields offshore Argentina, Total is a strategic partner for the Government to ramp up the domestic production.

The Vega Pleyade project is part of this process as to restore the declining reserves of the Carina and Aries gas fields already operated by Total.

Carina and Aries are the most extreme south gas fields in production in the world located 70 kilometers offshore the Tierra del Fuego.

Currently producing 15 million cubic meters of gas per day, the offshore platforms are designed to resist to the roughest sea storms and 180 kilometers per hour winds.

As the only company experienced to operate offshore platforms in these extreme conditions, Total designed itself the Vega Pleyade unmanned platform. 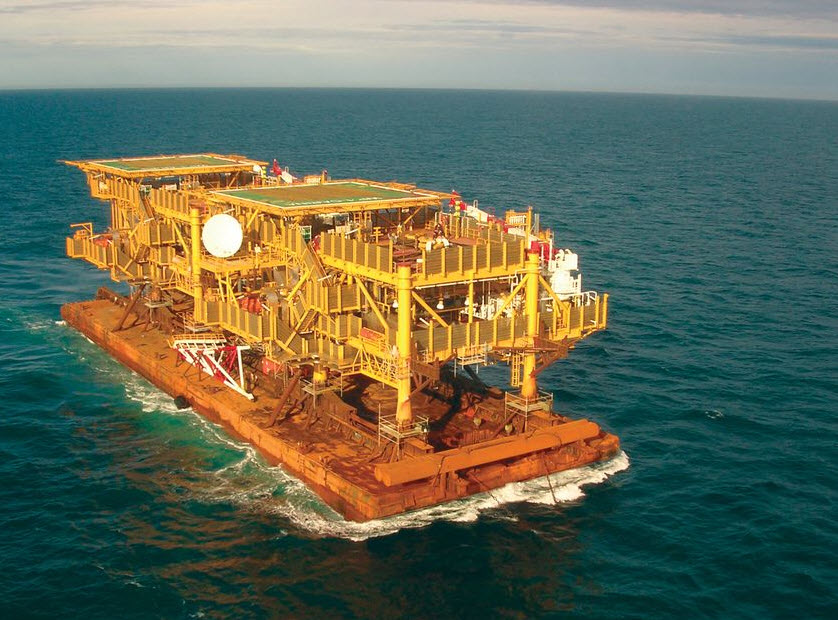 Located in the Cuenca Marina Austral-1 permit, the Vega Pleyade interests are shared between:

For Vega Pleyade the gas production platform should be able to treat 70,000 barrels of oil equivalent per day (boe/d).

Through the export pipeline, the raw gas will be transported to the gas treatment facility of Rio Cullen and connected to the San Martin pipeline connected Patagonia to Buenos Aires, 4,000 kilometers upper north.

In investing $600 million capital expenditure, Total, Wintershall, and Pan America Energy expect the first production from the Vega Pleyade project to start in 2016 and contribute by then to restore Argentina gas production.