Aasta Hansteen field was previously named Luva and is one of the largest field in the Norwegian Continental Shelf (NCS) with a development planned to cost some $5.6 billion (NOK 34 billion) of capital expenditure. 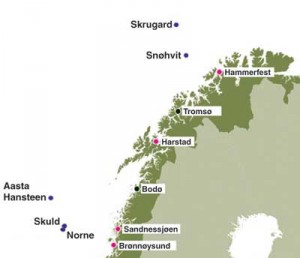 Aasta Hansteen is the start of deepwater development in the Norwegian Sea and the development could also open up for tie-backs to other discoveries in the same area.

On July 12th, 2012, OMV announced to have taken over the 15% share of interest from ExxonMobil.

The Aasta Hansteen natural gas field is located in 1300 metres depth of water in the Vøring area in the Norwegian Continental Shelf (NCS), 300 kilometres from land with an assumed recoverable volume:

– 0.8 million of scm of condensate

With this low quantity off condensate, Aasta Hansteen natural gas is considered as dry, with a low CO2 content

Discovered in 1997, Aasta Hansteen the field has been operated by Statoil since 2006.

In connection with the capital expenditure decision Statoil, OMV and ConocoPhillips will award EPC contracts for:

This autumn and on next spring Statoil, OMV and ConocoPhillips are going to award contracts for topsides, subsea facilities, pipelines, marine operations and drilling.

The final investment decision (FID) is expected in late 2012 or early 2013, with completion and start-up expected at the end of 2016.

Statoil, ExxonMobil and ConocoPhillips will make the Aasta Hansteen platform the world’s largest SPAR platform and the first of its kind on the Norwegian continental shelf (NCS).

The partners, Statoil, ExxonMobil, at that time, and ConocoPhillips had initiated several conceptual studies and front end engineering and design (FEED) in parallel for the entire Aasta Hansteen project, with Technip, Aker Solutions, Samsung, FMC, Saipem and IKM, CB&I among others, involved in developing the concept. 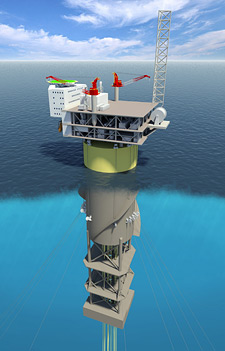 The consortium led by Technip with Hyundai Heavy Industries (HHI) received a Letter of Intent (LOI) the Aasta Hansteen SPAR hull, the first package awarded of the project.

This LOI will contribute to securing the overall progress plan for Aasta Hansteen.

The estimated contract capital expenditure for this assignment is just over $660 million (NOK 4 billion).

The platform will be the first SPAR with storage capacity and will be able to store about 25,000 scm of condensate, and export natural gas via the Norwegian Sea Gas Infrastructure (NSGI).

With a total length of 195 meters, the Aasta Hansteen SPAR platform will be the largest of its kind.

The Aasta Hansteen SPAR hull will be built in South Korea and transported on the world’s largest heavy-lift carrier.

Statoil ordered Dockwise Vanguard a $57 million contract to charter a new super transport vessel that will carry the Aasta Hansteen SPAR offshore Norway from HHI shipyard in South Korea to Norway in 2015.

Technip will engineer, procure, construct (EPC) and deliver the SPAR platform hull readied for mating with the platform topsides in Norway.

Technip will also design and prepare specifications for steel rigid risers and a complete mooring system.

Aasta Hansteen SPAR‘s part of the work will begin in the middle of August, with completion of deliveries set for the middle of December 2015.

The Aasta Hansteen field will be run from Harstad, Statoil’s new operational center in the north.

Establishing this new asset entails an increase in the number of employees in the order of 30-50 people at the Harstad office. 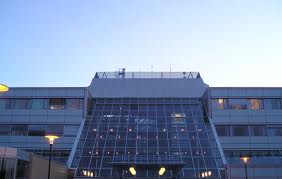 In May, Statoil arranged a supplier seminar in Bodø in cooperation with the PetroArctic supplier network.

More than 100 people from 60 small and medium-sized local companies were given information there about the Aasta Hansteen project.

This included facts about the different phases, how to become bidders in the project and how to build a competitive environment for future assignments by creating alliances.

All potential principal bidders for the topsides, hull, subsea facility and marine operations were also present.

Statoil has ambitions to create big spin-offs and is charting opportunities for competitive deliveries from the north-Norwegian community and other bidders in the supplies industry at the earliest possible stage of the project.

Statoil and its partners OMV and ConocoPhillips are leading the Aasten Hansteen development with innovation in the technology with the SPAR‘ awarded to Technip and HHI, and innovation in the sourcing strategy in building up industrial added value in the northern fishing region of Norway.