The Cline Shale and the Midland-Wolfcamp tight oil fields are part of Devon‘s operations in USA where Devon has still a vast inventory of undrilled locations.

Currently Devon explores resources in the Rocky Mountains, the Gulf Coast of Texas and Louisiana.

According to the Agreement, Devon and Sumitomo will develop the Cline Shale and the Midland-Wolfcamp tight oil fields covering 13 counties in Texas, USA.

Within the joint venture, the working interests cover existing wells, operating facilities and leasing contracts will be shared:

The Cline Shale and the Midland-Wolfcamp tight oil fields are expected to produce more than 30 years and should require 15 years of drilling campaigns.

The composition of the 195,000 acres (approximately 790 square kilometers) acreage is rich of :

Along the year 2012, Devon and Sumitomo will drill approximately 40 wells.

The Permian Basin is coveruing roughly 66,000 square miles and contains hundreds of shale oil and gas fields across the western Texas and southeastern New Mexico. 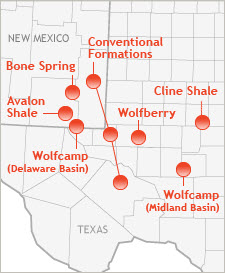 The Permian Basin is one of the earliest discoveries in the USA and has been a prolific oil and gas producing area since the 1920s as a conventional development field.

Permian Basin has the largest proven oil reserves in North America (approximately 5 billion barrels), by far exceeding those of Alaska and the Gulf of Mexico

The Cline Shale and the Midland-Wolfcamp tight oil fields are located in the eastern area of the Permian Basin, is expected to have enormous resources from the long history of drilling activities.

The Permian Basin has been a legacy asset for Devon and continues to offer exploration and low-risk development opportunities from many geologic reservoirs and play types, including the oil-rich  Wolfcamp Shale and Cline Shale.

Devon and Sumitomo expect through this joint venture to get high margin growth for many years to come from the Cline Shale and the Midland-Wolfcamp tight oil fields in the Permian Basin in using horizontal drilling and other shale oil and gas fields advanced technologies.

Sumitomo to invest $2 billion over next 3 years

All together Sumitomo plans to invest approximately $2.0 billion including the consideration and drilling carry over a three years period.

Sumitomo will spend $1.4 billion capital expenditure to take over the 30% of Devon’s interest in the Permian Basin. 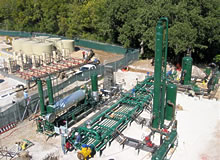 Under the terms of the Agreement, Sumitomo will invest:

Sumitomo‘s drilling carry will fund 70% of Devon’s capital requirements, resulting in Sumitomo paying 79% of the overall drilling and completion costs during the carry period.

Based on the current work plan, Devon and Sumitomo are planning to complete the $1.025 billion carry by mid-2014.

Headquartered in Oklahoma City, Devon Energy Corporation is an independent energy company engaged in oil and gas exploration and production. 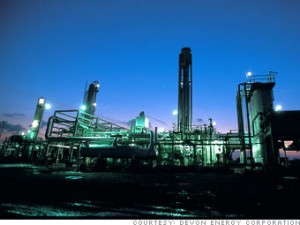 With major assets in USA and Canada, Devon owns and operates natural gas pipelines and oil and gas processing facilities in many of our producing areas.

Devon is one of North America‘s larger processors of natural gas liquids (NGL) such as propane, butane and ethane.

Devon‘s portfolio of oil and gas production mix is about two-thirds natural gas and one-third oil and NGL.

Devon produces about 2.5 billion cubic feet of natural gas each day – more than 3% of all the gas consumed in North America.

Devon is listed in the New York Stock Exchange.

Based in Tokyo, Japan, Sumitomo is a general trading company operating in a variety of business fields. 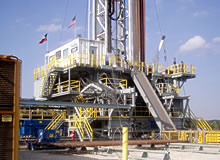 Through its organization Sumitomo is running multifaceted business activities from selling a variety of domestic products and services, conducting import/ export and trilateral business transactions, to providing domestic and international business investment by a global network of relationships and trust built with corporate business partners and consumers in various industrial sectors

For Devon this joint venture to develop the Cline Shale and the Midland-Wolfcamp tight oil fields within the Permian Basin will enhance its capital efficiency and for Sumitomo it gives a unique opportunity to become one of the largest Japanese acreage – holders in the USA as a first step of its multidimensional approaches toward Market Leadership based on such a global development of shale gas and tight oil development projects, crude oil/natural gas trade business within the USA, petrochemical business, steel pipe business, and other associated business.